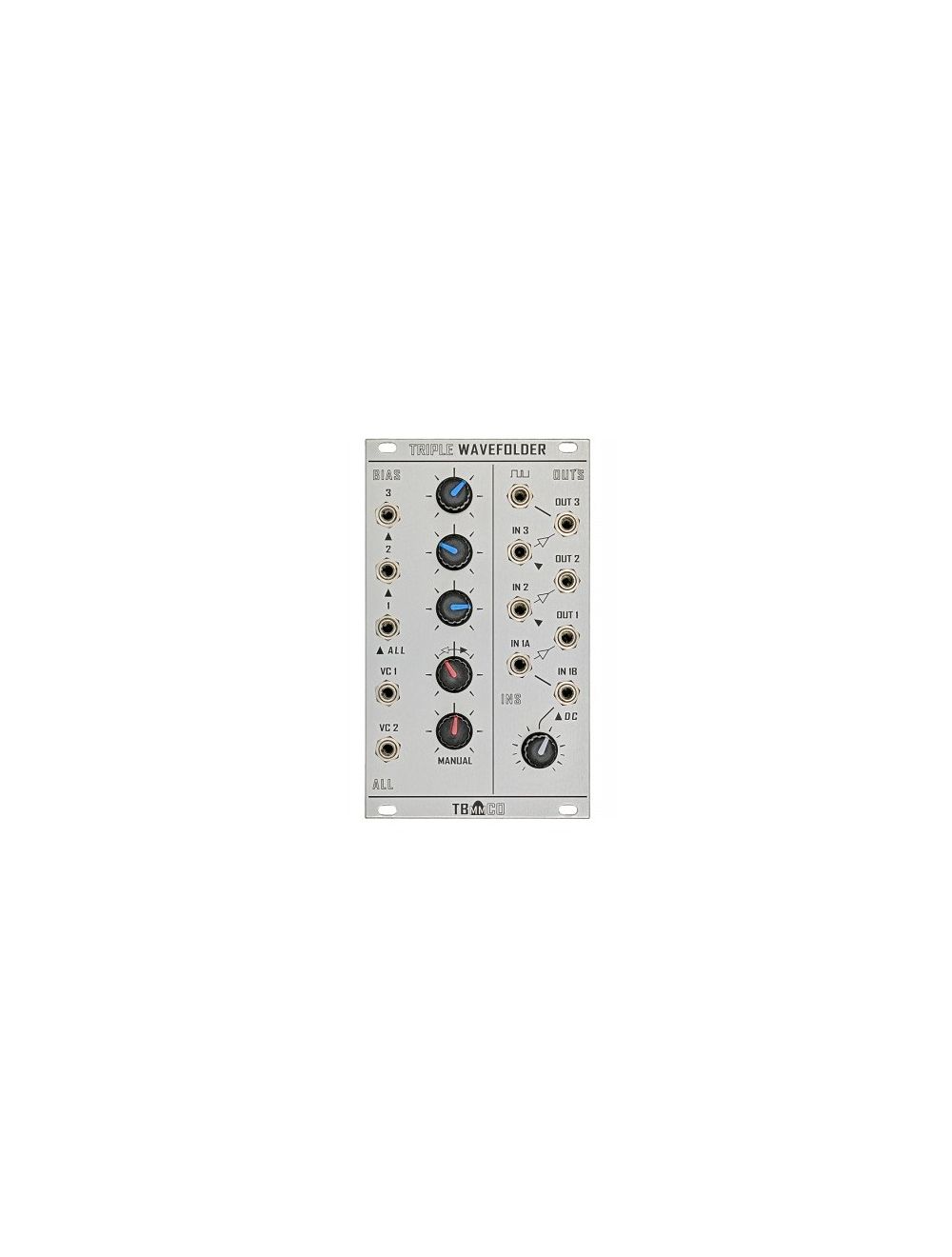 Be the first to review this product
The Toppobrillo - Triple Wavefolder is said to be the "best sounding" wavefolder out there. Originated from the classic circuitry of the Serge Modular System's waveshaper, this can be looked at as a faithful recreation of the Serge one. Pleasing sounds that are meaningful.
€289.00
Availability: Out of stock
SKU
tbtwf
Add to Wish List Add to Compare
Details

The Toppobrillo - Triple Wavefolder is said to be the "best sounding" wavefolder out there. Originated from the classic circuitry of the Serge Modular System's waveshaper, this can be looked at as a faithful recreation of the Serge one. Pleasing sounds that are meaningful.

The Toppobrillo - Triple Wavefolder module was designed with multi-use in mind. It is composed of three identical (with the exception of a couple features) direct-coupled waveshaping stages that can be used independently or in series. The operation is selected according to which inputs are used.

The facility for independent control over each folding stage provides multiple processing options for a variety of sources as well as more interesting explorations with timbre modulations/ frequency synthesis >/./,./>?? than pre-configured wave processing profiles.

Each stage can gently fold an input source inward on itself as it approaches a threshold set by the panel controls and CV. For example, a sawtooth or a triangle input from a VCO can be bent into a sinewave, and beyond that, doubled in frequency at constant amplitude. Use them in series and they will continue to fold.

Here are a few things that you can do with it, under voltage control:

Create complex timbres from audio sources. The possibilities are really limitless. You can control each series of harmonics via the BIAS panel controls. So the overall sweep through the folds when using the VC ALL/ MANUAL controls is very flexible and since each stage of the folding process is VC'able, you can use different modulation sources simultaneously for wild animation/ phasing/ beating with a single tone source.

The normalized DC bias at input 1B can be used to control the symmetry of the folding process, via the control knob. (When the input is not in use)

Accurately multiply/ square up an input signal. Shape your triangles and sawtooths into very pure sinewaves. Mangle your sinewaves or anything else into very unpure asymmetrical fuzz. Generate a cosine function relative to your VCO's triangle/sine output (useful for quad panning, stereo modulation). You can do a couple of these things at the same time with different sources.