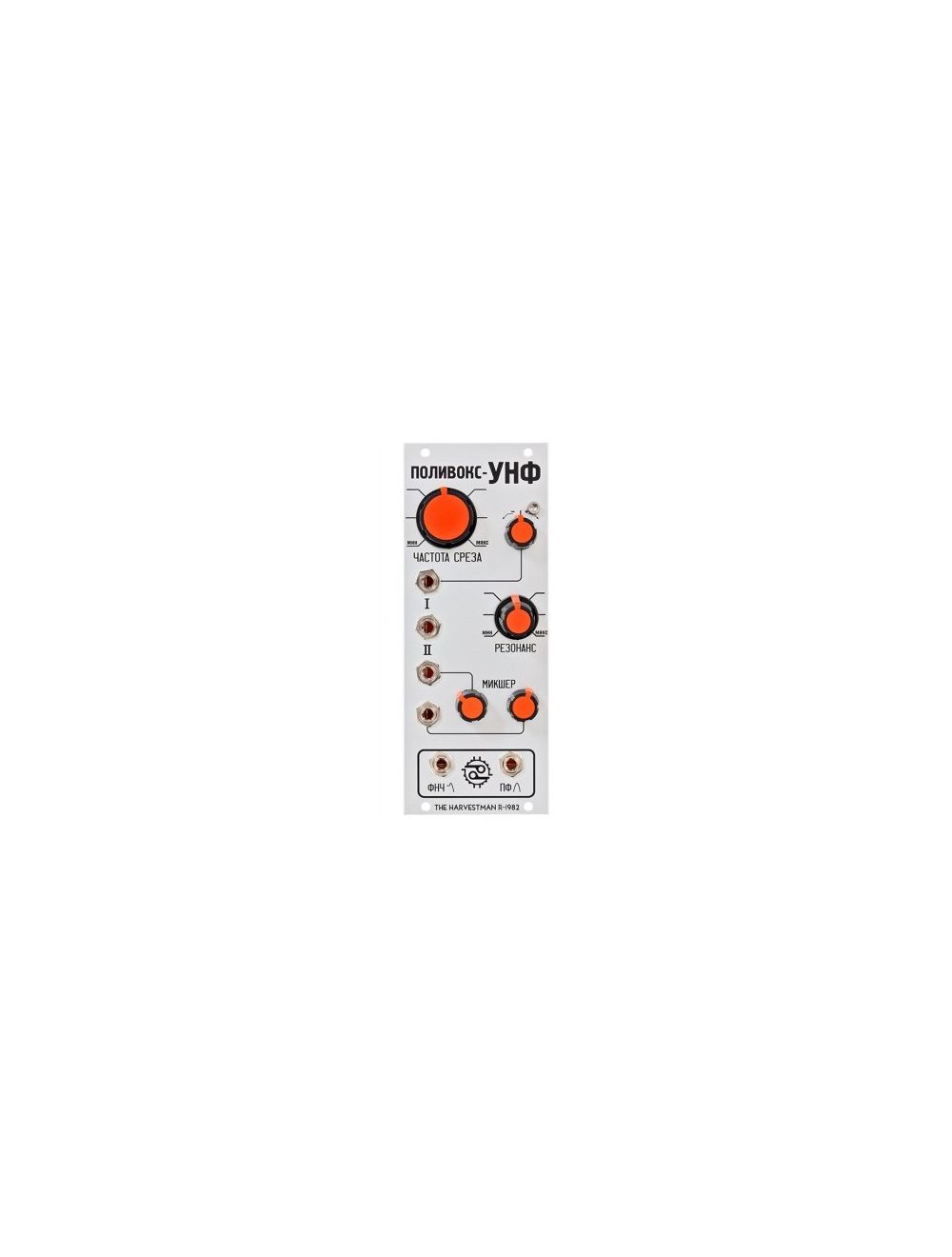 Be the first to review this product
The Harvestman Polvoks-VCF MKII is part of the series of modules aimed at making the one and only true recreation of the filter of the classic Russian Polivoks Synthesizer, often misnamed as the "Russian Mininmoog". The module was designed with the original engineer behind the instrument and features all that the original filter had, even the components.
€215.00 €179.17
Availability: Out of stock
SKU
hpf
Add to Wish List Add to Compare
Details

The Harvestman Polvoks-VCF MKII is part of the series of modules aimed at making the one and only true recreation of the filter of the classic Russian Polivoks Synthesizer, often misnamed as the "Russian Mininmoog". The module was designed with the original engineer behind the instrument and features all that the original filter had, even the components.

The Harvestman is proud to present the first widely available modular release of the Polivoks filter circuit. The filter is made via a collaboration with the synth's original designer, Vladimir Kuzmin, and Shawn Cleary of Analogue Haven. The filter circuit is identical to the original design and uses the exact same schematic as the Polivoks synthesizer as well as new old stock Soviet integrated circuits (KR140UD1208 and KR140UD608, not Western "equivalents"). A signal mixer and bipolar CV multiplier were added in order to use the filter within the modular realm but no other additions are present. This helps to preserve the unique and unstable sound character without compromising signal flow authenticity.

First sold in the USSR in 1982, the Polivoks was the first voltage-controlled Soviet synthesizer. Boasting an impressive set of features comparable to Western designs, the synthesizer was noted for its extremely aggressive sound, particularly within the filter. Easy to overload, unstable at high Q values, and self-oscillating with a dirty pulse.

Soviet iron smuggled to the harvestman by axon vox.

Made in cooperation with Vladimir Kuzmin