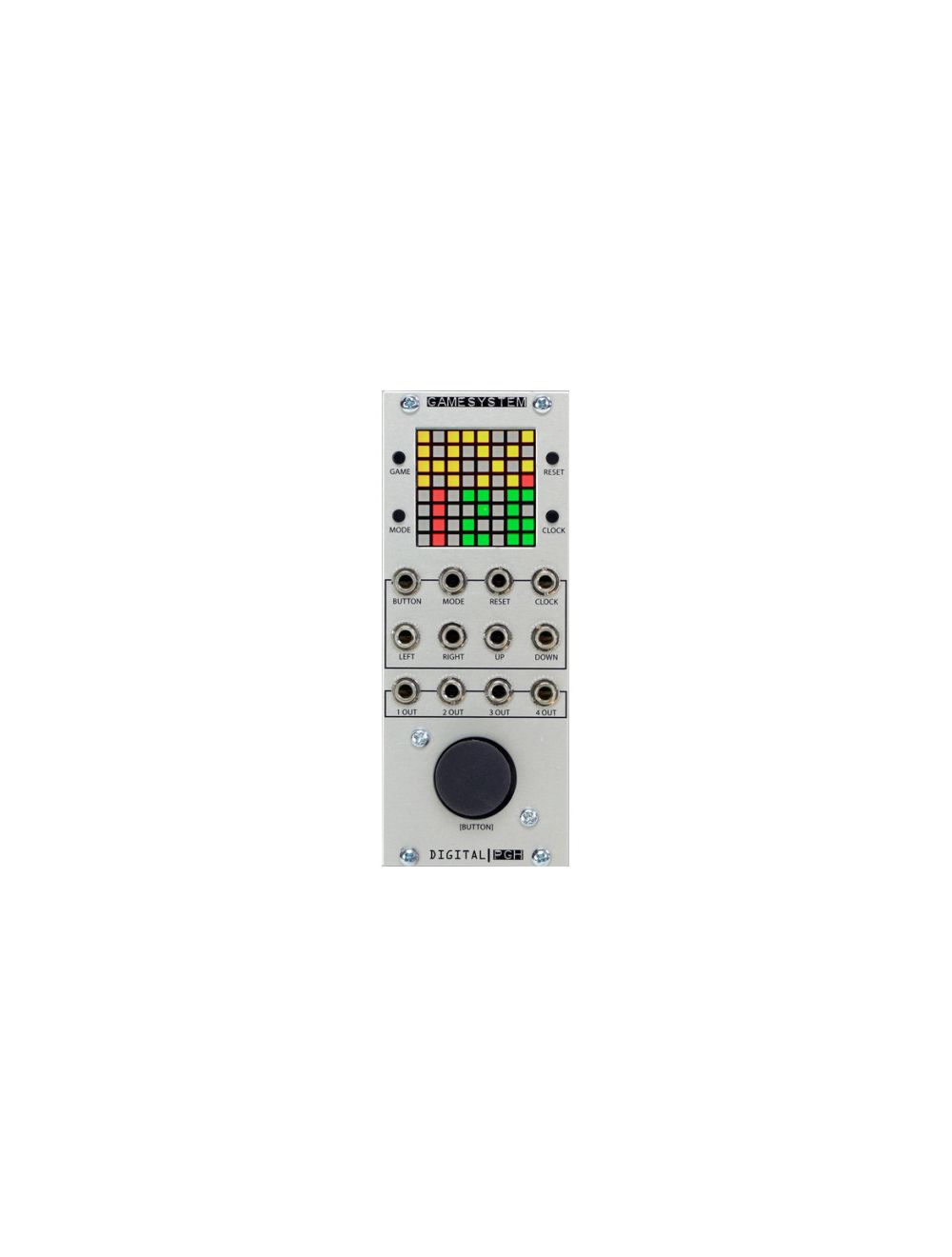 Be the first to review this product
The Pittsburgh Modular - Game System is a trigger sequencer in the fashion of arcade games. A generative approach is often lacked and a few manufacturers are after it such as Minigorille, Kilpatrick, Livewire... it was time for Pittsburgh to come up with their own concept that had been thought over and over for years.
€264.00
Availability: In stock
SKU
pmgs
Add to Wish List Add to Compare
Pittsburgh Modular - Game System is available to buy in increments of 1
Details

The Pittsburgh Modular - Game System is a trigger sequencer in the fashion of arcade games. A generative approach is often lacked and a few manufacturers are after it such as Minigorille, Kilpatrick, Livewire... it was time for Pittsburgh to come up with their own concept that had been thought over and over for years.

Packed with six unique multi-mode sequencers and a fully voltage controllable user interface, the Pittsburgh Modular Game System is deep! Each game represents a different type of sequencing, from classic step sequencers, to unique multi-dimensional clock dividers, to chaotic gate generators. Individual sequencers in the Game System would make great standalone modules. Bundled together, they offer an entire arcade of sequencing options, with lots of room for creativity.

A Unique Set of Controls

The Game System uses a thumb joystick and button press interface for fast and intuitive navigation of the sequencers. Joystick movements and button presses are voltage controllable, inviting external CV and gate signals to take control of the gaming experience. The Game System can also be computer controlled, freeing the sequencers to shift and morph with the zeros and ones.

Meteor showers have inspired musicians since the dawn of time. The Game System transforms these celestial events into an 8x8 matrix filled with pixelated meteors, explosions, and one panicked spaceship. Pilot your unarmed ship through the matrix while dodging falling meteors. Explosion based gates and random control voltages react to the action and provide the perfect score to the amazing events taking place in the simulated night sky. God speed, fearless astronauts.

Create your own musical masterpiece, a melody that defines a generation. Music Programmer is a classic 32 step CV and gate sequencer that is programmed with the joystick or auto generated using control voltages. Sequences can vary in length from 1 to 32 steps and can be played in forward, reverse, pendulum, or random order. CV output is quantized to 1 volt per octave to keep the resulting patterns well tempered.

Hmm.... Percussion can mean anything. A short (or long) burst of sound (or silence) used to create rhythmic patterns (or not) that drive (or don't) the beat of a song (or endless noodle). Regardless of the definition, the Percussion Programmer game features four channels of programmable gate sequencing that can be used for, um... anything. Rock and roll would probably assign the channels to kick, snare, high hat, and crash while EDM would go with something closer to kick, high hat, kick, and kick. Whatever gets you moving....

A way to be in four places at once. Time Traveller is the first two dimensional clock divider. A game that shifts outputs freely within clock divisions and offsets. Using the idea of a time grid, clock divisions from 1 to 8 are laid out on the x axis allowing the y axis to be assigned to 8 steps of offset. The four outputs can be independently set to a static location, or allowed to freely roam the time grid creating unpredictable results. Time travel can be complicated; don't forget your towel.

The real world is a crazy place and music should reflect that. The Probability Machine creates chaotic gates based on a cascading chance algorithm. The resulting patterns are always in sync with some multiple of the clock, allowing for stuttering but not disjointed patterns. The density of the gates is based on a two dimensional probability field. The X axis defines the potential of an event and the Y axis defines the the depth of the event while the joystick button adds additional layers of complexity to the outputs. Spaztastic!

A manual for the Game System is available now.

Power Usage: The Game System uses a lot of power. Depending on the number of LEDs lit, power consumption can vary from 60mA to 200mA