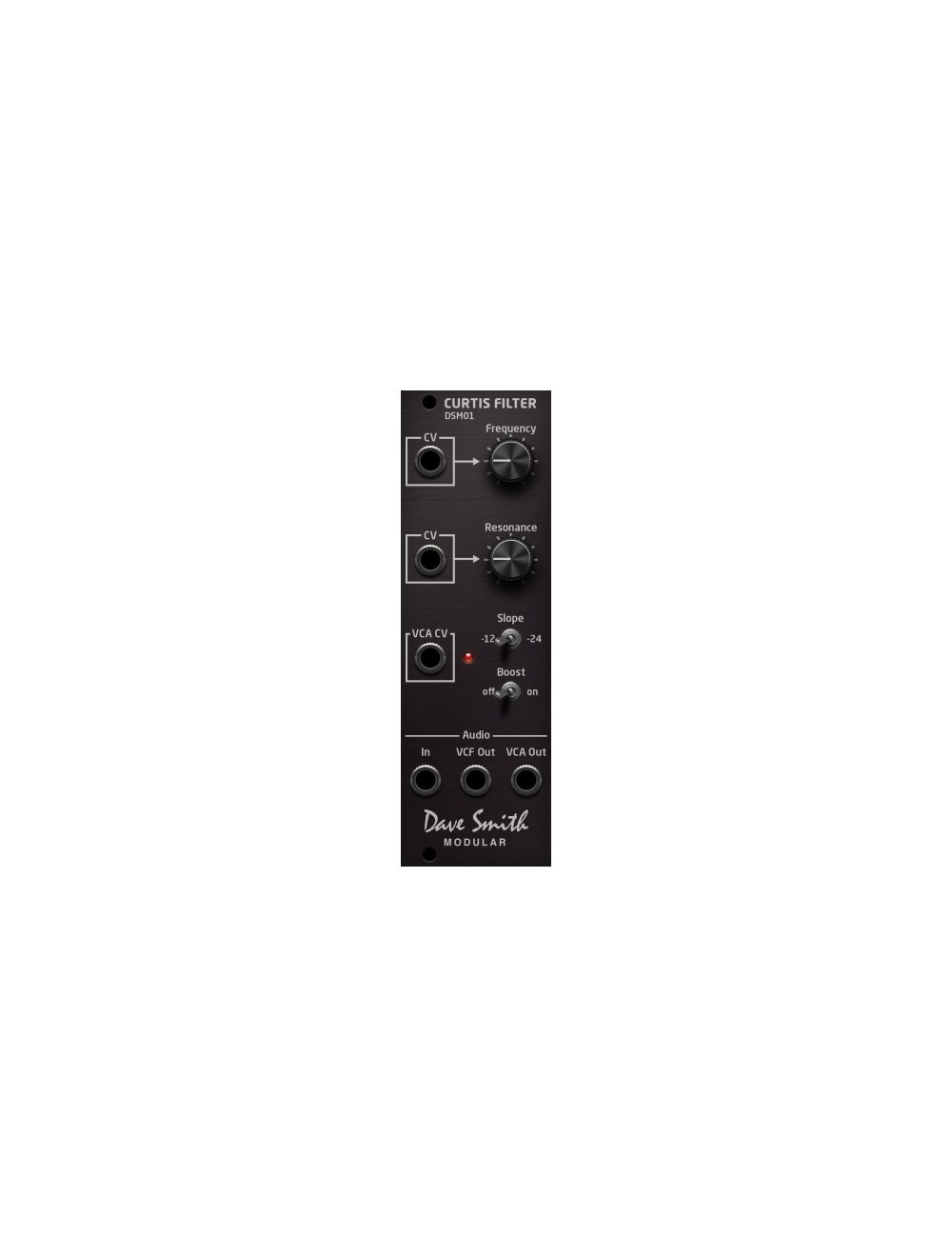 Be the first to review this product
The DSI - Curtis Filter was long-awaited among eurorack users and it was Dave Smith Instruments entry into the eurorack modular world. The filter is available for the first time which was a key-element in their less affordable desktop synthesizers.
€165.60
Availability: Out of stock
SKU
dsicurtis
Add to Wish List Add to Compare
Details

The DSI - Curtis Filter was long-awaited among eurorack users and it was Dave Smith Instruments entry into the eurorack modular world. The filter is available for the first time which was a key-element in their less affordable desktop synthesizers.

The DSI - Curtis Filter module takes its name from the original filter chip designed by the late Doug Curtis and provides both a switchable 2/4-pole low-pass filter and a VCA. The Curtis filter is an integral part of the sound of many synthesizers created by Dave Smith, including the classic Sequential Circuits Prophet-5 and Pro-One, and more recent instruments such as the Evolver, Mopho, Prophet ʼ08, and Prophet 12. The “Curtis sound,” which is often described as saturated, brash, and powerful, was fundamental to not only Smith’s synthesizers, but also to such highly-regarded instruments as the Oberheim Xpander, Rhodes Chroma and Polaris, PPG Wave, Korg MonoPoly, Waldorf Wave, Elka Synthex, and many others.

“We wanted to make the classic Curtis filter sound, which I’ve always found very versatile and expressive, readily available to modular users,” said Smith. “Adding the DSM01 to a modular system is an easy way to give it the sonic edge that people typically associate with a vintage Sequential synth. But it’s also a big part of the sound of my current synths such as the Prophet 12.”

The module is a standard 8HP wide, Eurorack-format device with interconnections made using 3.5 mm phone jacks.

A carefully designed set of inputs and parameters allows voltage control of filter frequency and resonance. Filter slope is selectable between -12 dB and -24 dB. The module also provides its own VCA and features two separate outputs for the filter—one pre-VCA and the other, post-VCA. A unique feature of the filter is a Boost function that introduces harmonic distortion into the signal for more aggressive coloration.

“With modular synths, having the widest possible tonal palette to draw from has always been the name of the game. Our Curtis Filter module is our first, but significant contribution to that world. We think modular users are really going to get a lot of sonic mileage out of it.”