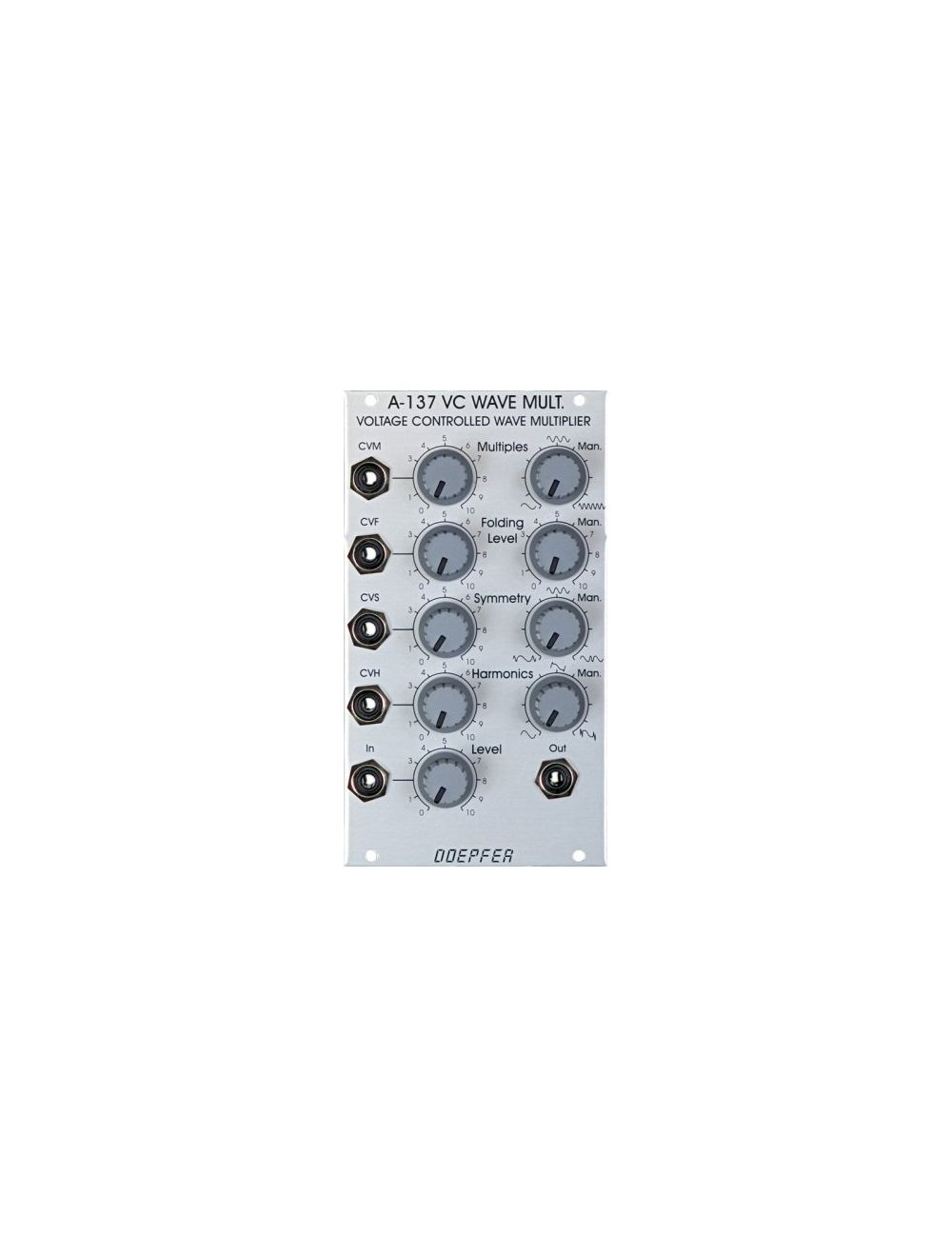 Be the first to review this product
€116.40
Availability: Out of stock
SKU
A-137-1
Add to Wish List Add to Compare
Details

Doepfer A-137-1 Wave Multiplier 1 is a voltage controlled Wave Multiplier. The basic idea of a wave multiplier is to multiply the waveform of an incoming signal (e.g. triangle/saw/sine from a VCO) within one period of the waveform. This leads to additional harmonics of the incoming signal. The period and consequently the pitch of the signals remains unchanged (in contrast to frequency multiplication e.g. with the PLL module A-196). The A-137 works as a kind of "inverse low pass filter", i.e. it adds a lot of harmonics to a signal that contains none or only a few harmonics (e.g. sine or triangle waveform). In contrast to that a low pass filter (e.g. A-120) removes harmonics from a signal that contains a lot of harmonics (e.g. saw or rectangle waveform). Consequently the best results are obtained in combination with input signals poor in harmonics (e.g. sine or triangle). The A-137 can be used with signals rich in harmonics too (e.g. saw) but the effect is not as remarkable as for triangle or sine waves. For rectangle signals none or only little effects are obtained. The A-137 is a very sophisticated wave multiplier that offers much more features, more controls and more waveform manipulations than other wave multipliers available so far. In addition all parameters are both manually adjusted and controlled by external voltages. These are the features of the module:

Multiples CV In (with attenuator)

Harmonics CV In (with attenuator)

Folding Level CV In (with attenuator)

Symmetry CV In (with attenuator)

As it is a little bit difficult to describe the parameters only by words we have some pictures and audio examples available that explain the function of the module and its parameters.