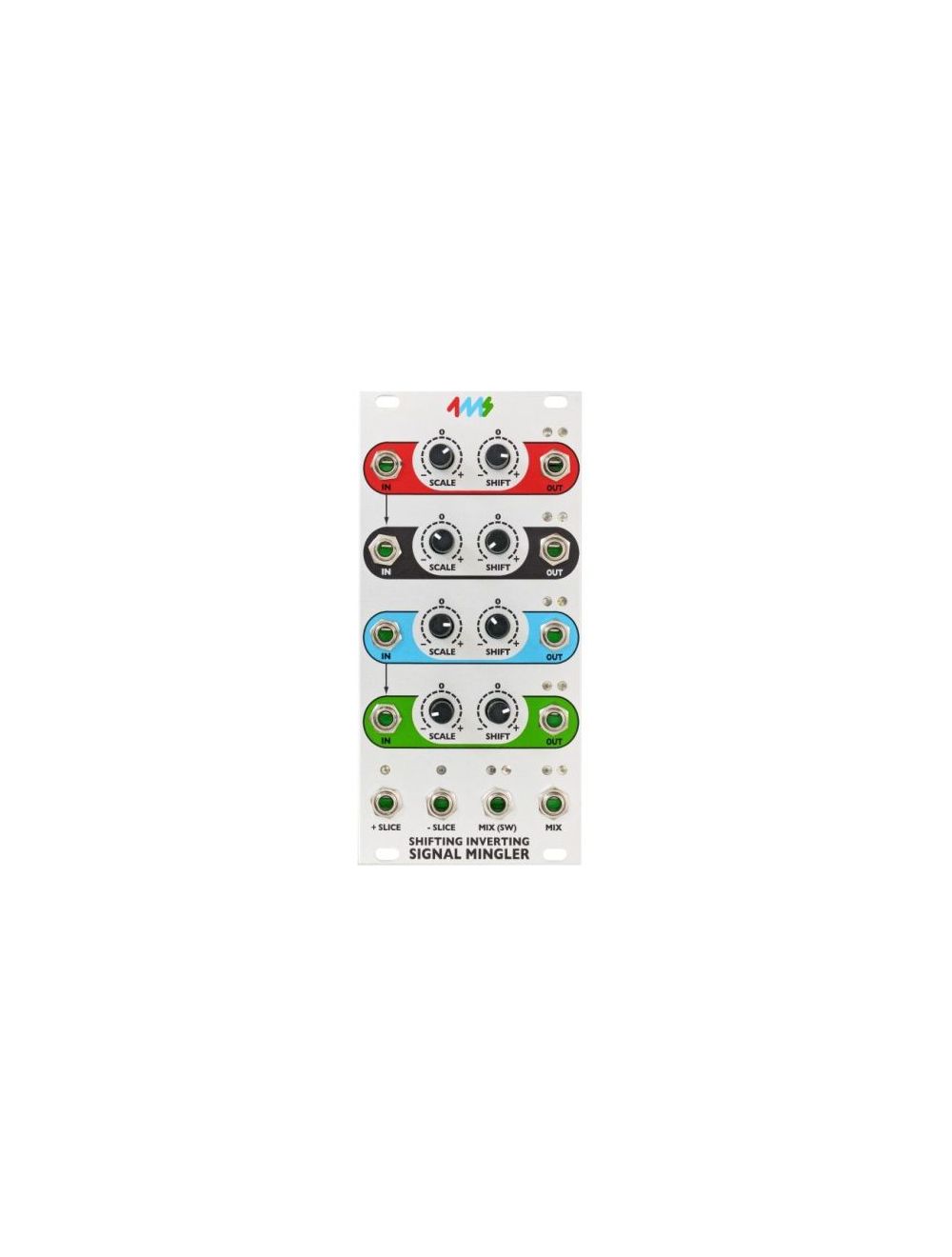 Be the first to review this product
The 4ms Pedals - Shifting Inverting Signal Mingler is 4ms Company's first utility tool. It can add multiple dimensions of their clock and modulation signals with different inverting, mixing, summing, rectifying stages. All in one module that can move any signal by any vector you imagined.
€156.00
Availability: Out of stock
SKU
4mssism
Add to Wish List Add to Compare
Details

The 4ms Pedals - Shifting Inverting Signal Mingler is 4ms Company's first utility tool. It can add multiple dimensions of their clock and modulation signals with different inverting, mixing, summing, rectifying stages. All in one module that can move any signal by any vector you imagined.

The 4ms Pedals - Shifting Inverting Signal Mingler is a 4-channel voltage manipulator that can scale, invert, attenuate, shift (dc offset), mix, split, and slice your CV and audio signals. A plethora of red and blue LEDs (14) show exactly what each channel and output jack is doing: red = negative voltage, blue = positive. Each channel is independent and has an input jack, output jack, a knob for attenuating/inverting (Scale), and a knob for applying positive or negative DC offset (Shift). Four jacks on the bottom combine the four channels in different ways. Mix is a straight mix of all four shifted inputs, Switched Mix is a mix of all channels that have nothing plugged into the OUT jack, Positive Slice is the sum of all output voltages greater than zero volts, and Negative Slice is the sum of all negative voltages. By Shifting some channels positive and some negative, the + Slice and - Slice jacks can be used as sub-mix outputs. Also, by running a slow triangle wave into one channel, the remaining channels can be made to "dirty pan" between the Slice jacks: the signals are half-wave rectified as they span between both outputs. Channels 1+2 and 3+4 are normalized together on the input jacks, which is handy for splitting a signal into two or more altered forms. Jumpers on the back allow you to disable this normalization. Each channel also has a jumper to make the Scale knob unipolar (no inverting, attenuate only). This is useful for mixing audio instead of CV. A breakout header allows for padding of the signal (useful for fine-tuning a precise voltage such as 1V/oct). The SISM is 12HP wide, and 22mm deep. It consumes a maximum of 51mA on the +12V and 51mA on the -12V rail.
Reviews
Write Your Own Review