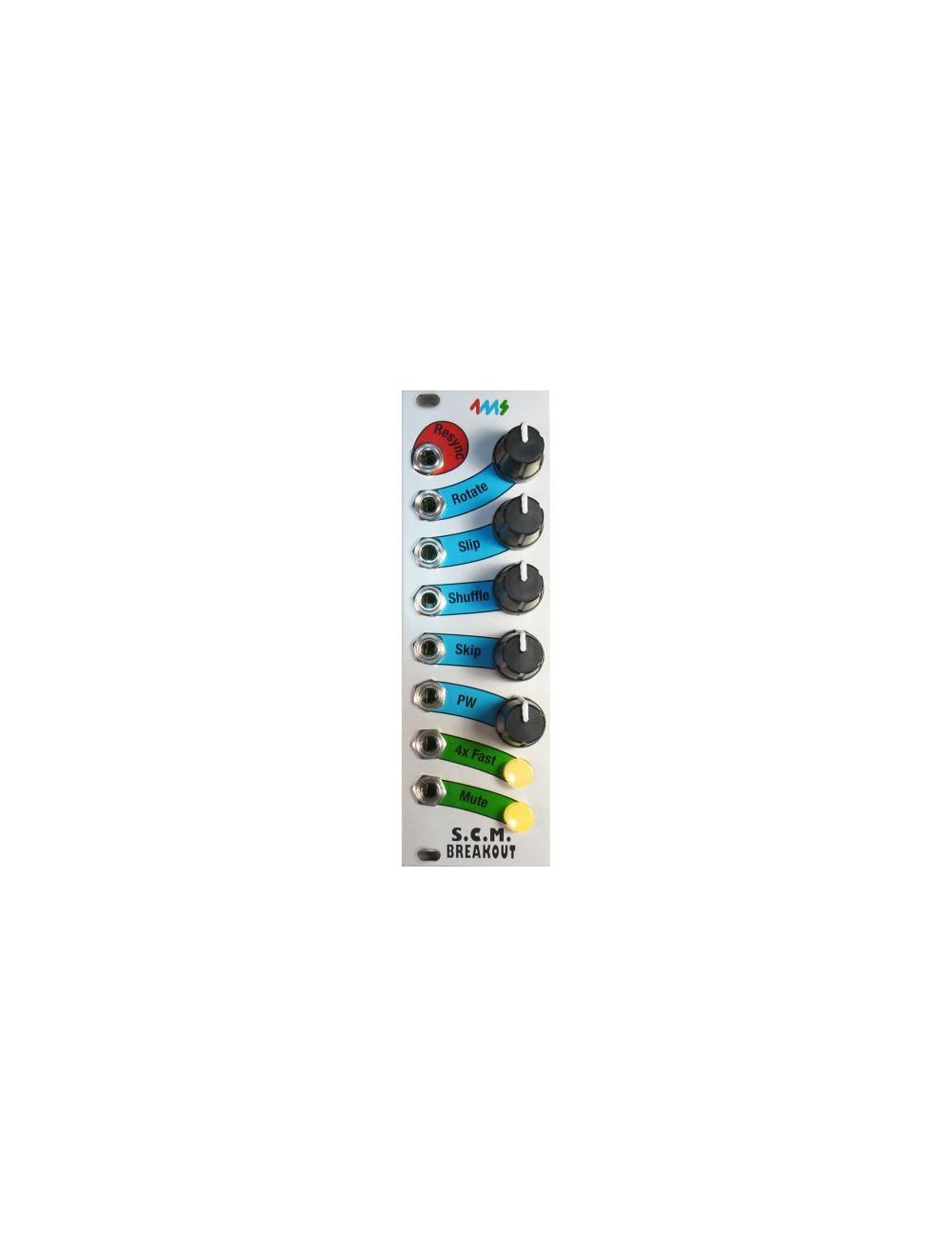 Be the first to review this product
The 4ms Pedals - SCM Breakout adds new functions to the ÿ4ms Pedals - Shuffling Clock Multiplier which had not been accessible at the front panel of the original module. It is also available as a diy kit which is not so hard to build.
€117.60
Availability: Out of stock
SKU
4msSCMBO
Add to Wish List Add to Compare
Details

The 4ms Pedals - SCM Breakout adds new functions to the ÿ4ms Pedals - Shuffling Clock Multiplier which had not been accessible at the front panel of the original module. It is also available as a diy kit which is not so hard to build.

4ms Pedals - SCM Breakout The SCM Breakout is an add-on module for the Shuffling Clock Multiplier. It adds a host of new features for controlling shuffle/swing patterns (Slip, Shuffle, and Skip), as well as Pulse Width, Mute, and 4x Fast. Each feature has a CV jack and manual knob. The Mute and 4x Fast buttons act as inverters of the gate signal on their respective jack, and light up to indicate on/off status. New features for version 2: Mute and 4x Fast are LED buttons
Pressing Mute or 4x Fast inverts the signal on the jack
Knobs are centered straight up (12:00)
Rotate and Slip knobs attenuate the breakout jacks, and the corresponding jacks on the main SCM module are added to this attenuated signal. If nothing is plugged into the Rotate or Slip jaks on the breakout, the knob functions as a manual control (same as it did on version 1).
Depth 25mm
Power draw maximum 14mA extra from the +12V (no -12V or +5V draw).Power is taken from the main SCM module
Expands the features of the SCM:
CV Shuffle jack and knob selects which beats are slipped by CV Slip (default=every other beat)
CV Pulse Width jack and knob controls width of output pulses (default=50%)
CV Skip jack and knob omits certain beats in a pattern (default=no skip)
Re-sync Trigger input
Additional CV Rotate and CV Slip jacks add to main SCM's Rotate and Slip jacks
4x Fast CV Gate jack and switch speeds up multiply-by amounts
Mute CV Gate jack and switch stops any more beats from starting
Reviews
Write Your Own Review 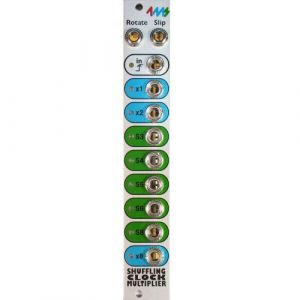