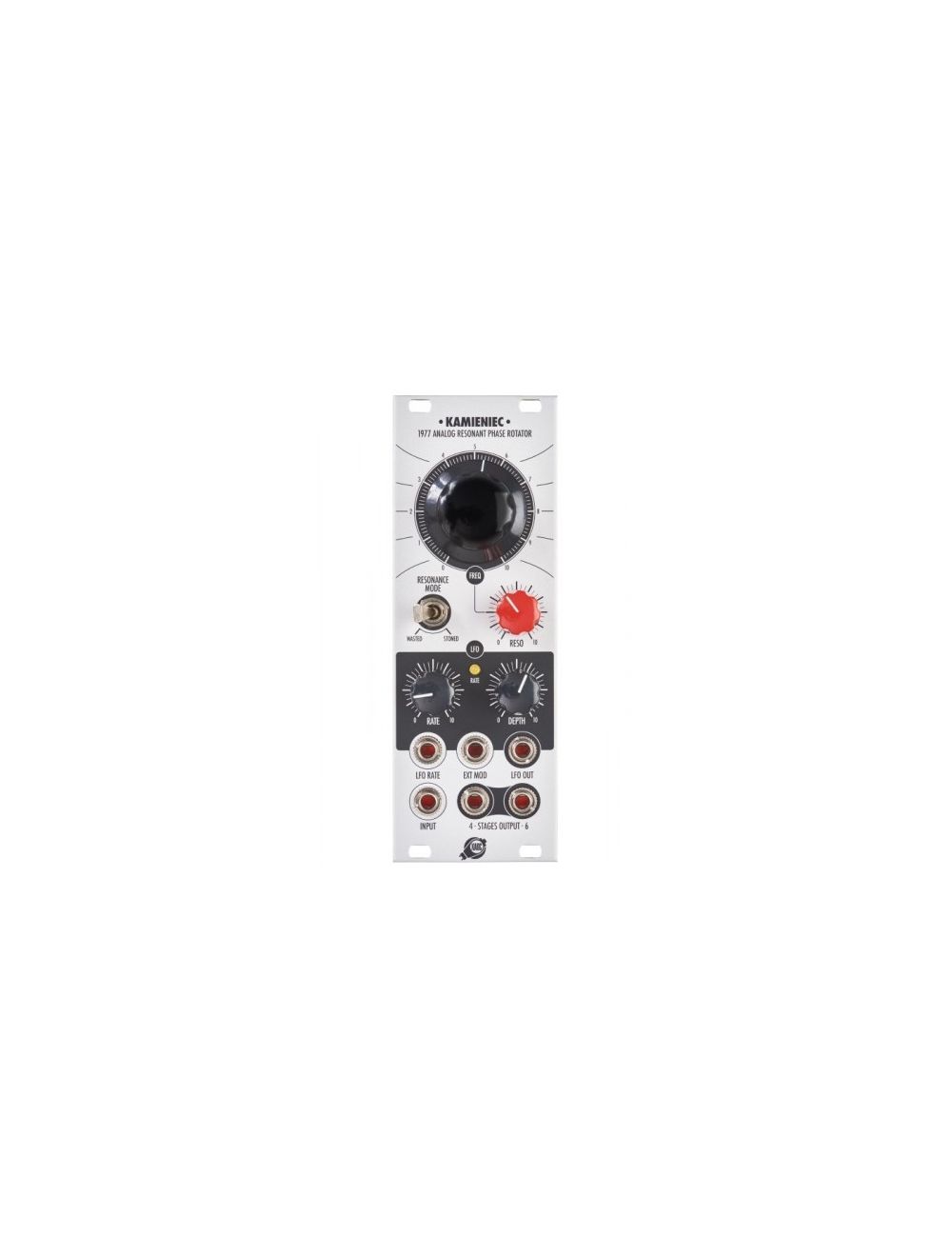 XAOC Devices - Kamieniec is the Polish manufacturer's upgraded take on classic 70's era phasers. Neither the sound, nor the modulation inputs and the interface will let you down!

XAOC Devices - Kamieniec is the Polish manufacturer's upgraded take on classic 70's era phasers. Neither the sound, nor the modulation inputs and the interface will let you down!

XAOC Devices - Kamieniec is an analog signal processing module directly inspired by a range of classic phaser effect units from 1970s that helped to define entire musical genres. Most of these classic devices contained a fairly small number of phase shifting stages, but made up for that lack with tons of character! However, what was initially intended for guitars is not necessarily sufficient for synthesizers. Therefore, our intention is to preserve the classic sound as the makers transport it to a new tonal space while prioritizing flexible modular usability.

Just like many of the famous OTA-based phasers of the 1970s, Kamieniec sports four tunable stages. However, the makers have included two additional fixed stages so as to increase the number of notches, and ultimately offer two versions of the mixed signal (that may be used as a stereo pair) at the two outputs of the unit. While the general topology is similar to a certain very classic phaser pedal, the circuitry has been redesigned with modern components and low noise opamps to bring down the noise floor, improve the bandwidth, and offer a wider range of tuning. The feedback control can be set extremely deep, which results in a very high resonance that is capable of self-oscillation. This produces a unique sound otherwise unreachable for typical phasers, that can vary from subtle and creamy to utterly brutal and grinding. On top of that they have included switchable feedback paths, individual stage group outputs, CV inputs, built-in LFO, and daisy chaining ability to provide a comprehensive integration with a modular synthesizer system. For detailed description, please refer to the manual.

Unlike any other phaser module, multiple Kamieniec units can be chained together to achieve a more radical response with many notches. The general idea of chaining is to pass along the phase shifted signal to subsequent units before it is mixed with the original version in the last unit of the chain. This approach has a very different effect than plain cascading (connecting multiple phaser units in series), because a long chain of allpass sections yields a dense and uniform pattern of multiple notches, exactly like in a long phaser.