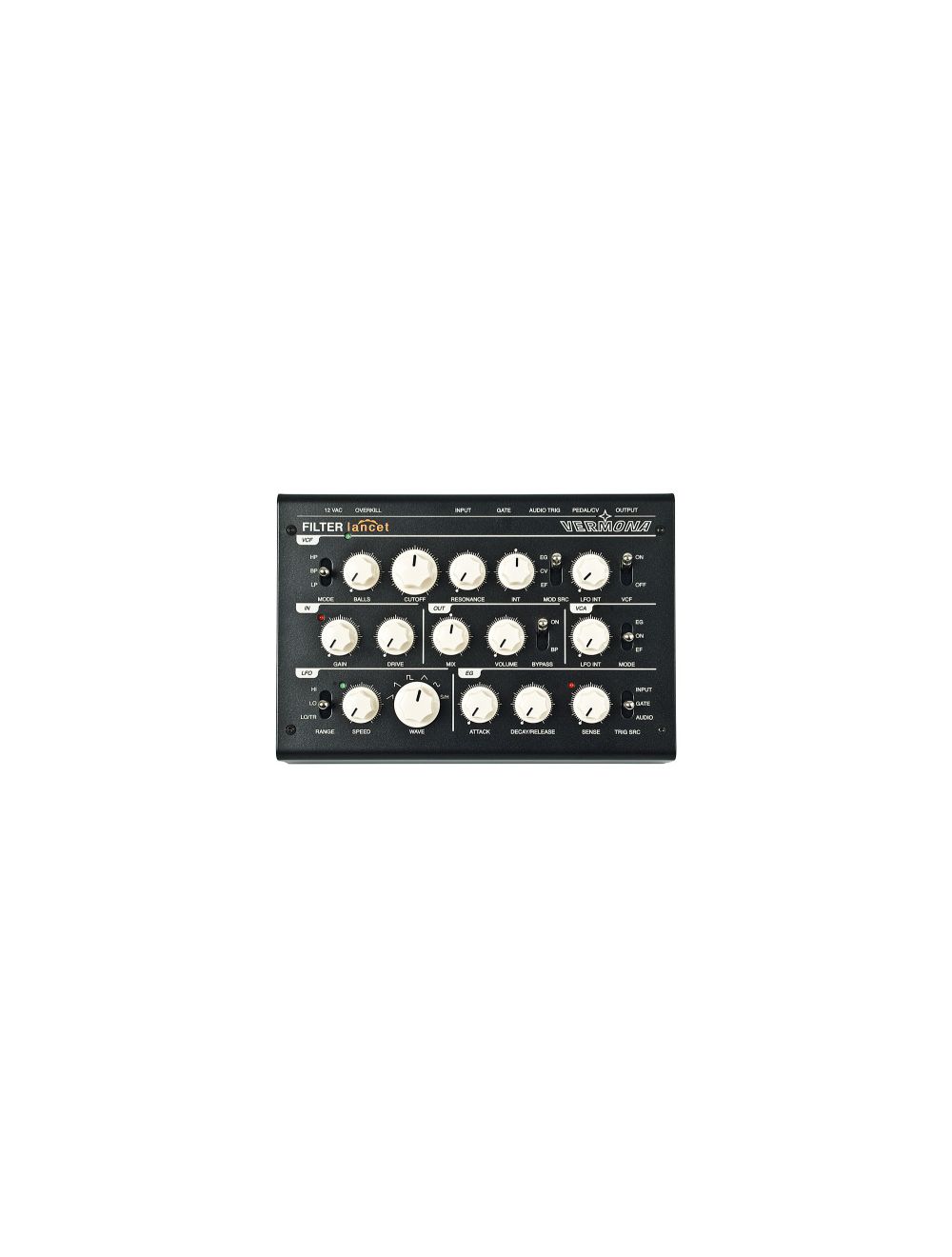 The filter section itself has three modes: low-pass, high-pass and band-pass. The last one works with a slope of 12dB per octave whereas low- and high-pass are 24dB filters.

You can give the filter some extra punch with the Balls knob, known from Kick Lancet. It pushes low and high frequencies of the signal before being filtered. And of course the resonance is self-oscillating.

Other than the filter section of Mono Lancet, Filter Lancet is not based on (Moog-) cascade circuitry. It was inspired by the filters of the VERMONA M.A.R.S. respectively DAF-1 and Action Filter.

Without modulation Filter Lanced would still be a good filter but kind of boring. So it is equipped with a LFO, an envelope generator, an envelope follower and a CV/pedal input.

The LFO has two frequency ranges and goes up to 250Hz - that's fast. At low frequencies the LFO can be re-triggered by gate- or audio signals. It has sample & hold and five waveforms: saw up and saw down, square, sine and triangle.

The envelope generator can be triggered by the input signal or an additional audio signal as well as by a gate voltage. If triggering it via gate it works as an attack-sustain-release envelope. With audio triggers its mode is attack-decay.

The envelope follower transforms the contour of the input signal into control voltages that can serve as modulation source.

Filter Lancet features a drive circuit right in the input section to add subtle shades of overdrive up to solid distortions.

Filter Lancet is packed with useful features. It's a great and powerful addition to any synthesizer including Mono Lancet - with or without Modular Dock. But Filter Lancet also is designed for stringed instruments. It creates standard effects like WahWah and tremolo with ease and even adds a palette of extraordinary sounds to any effect repertoire.