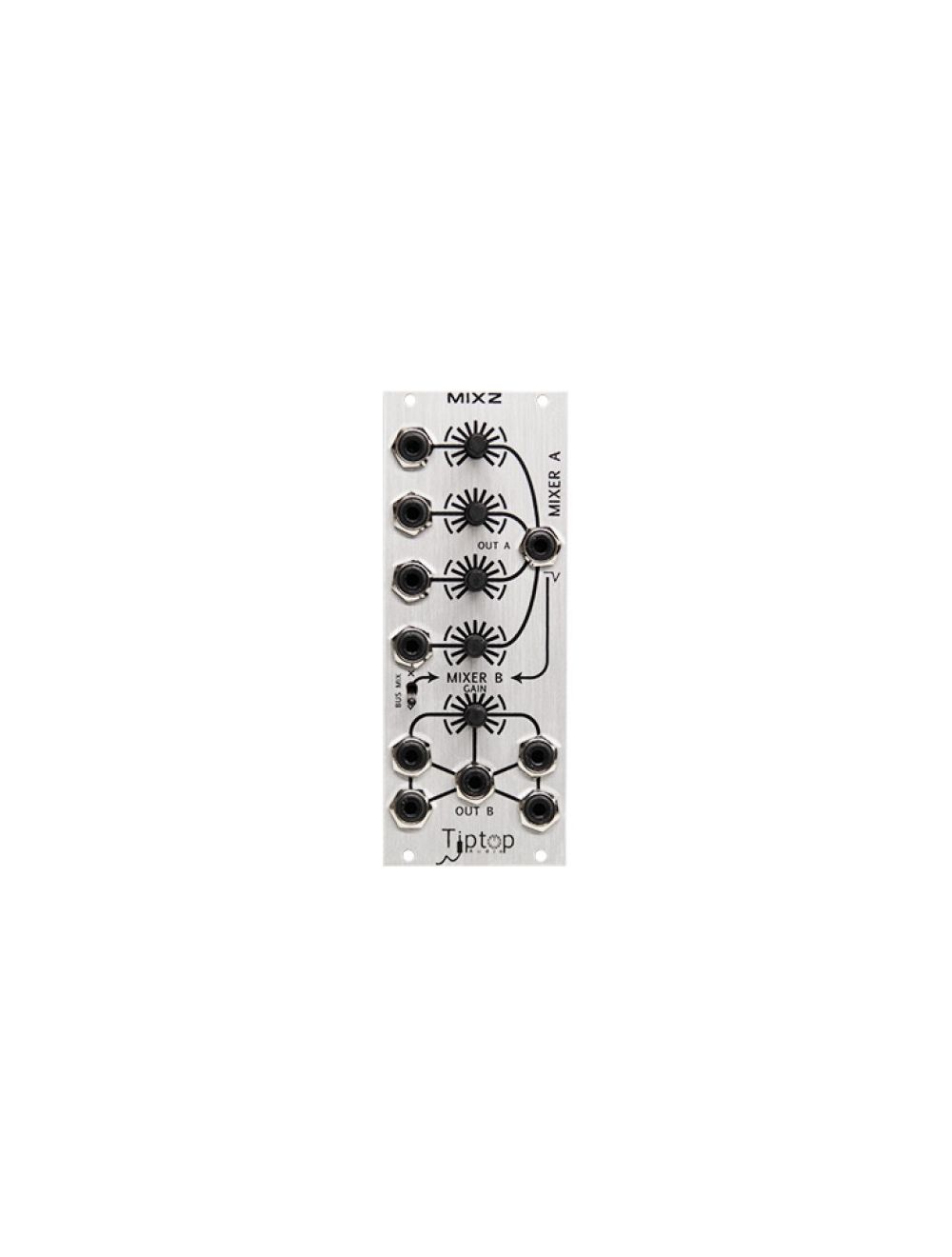 Be the first to review this product
The Tiptop Audio - MIXZ is a seperate ergonomic mixer module that can even utilise the bus board as a summing signal path: designed for the 808 and 909 serires eurorack modules, you won't go wrong with having a fine and instantly available mixed signal of your favourite drums.
€92.40
Availability: In stock
SKU
ttamixz
Add to Wish List Add to Compare
Tiptop Audio - MIXZ is available to buy in increments of 1
Details

The Tiptop Audio - MIXZ is a seperate ergonomic mixer module that can even utilise the bus board as a summing signal path: designed for the 808 and 909 serires eurorack modules, you won't go wrong with having a fine and instantly available mixed signal of your favourite drums.

Tiptop Audio - MIXZ is a low cost analog multi-channel mixing module for mixing audio, CV and gate signals with an excellent linear response and low noise. Balancing a clear visual layout and multiple mixers in a small footprint makes the MIXZ easy to use in a variety of configurations within the modular synth. Its high quality analog mixing circuitry makes for a great sounding mixer with plenty of headroom, providing a smooth organic merge of dynamics, and excellent separation of mixing sections and channels. MIXZ has three sections:

8 channel mixer. If the output of Mixer A is not in use, then Mixer A will be routed internally to Mixer B forming the 8 Channel mixer.

Tiptop Bus Mix is a new method we have developed to mix audio signals through the Eurorack power bus board without patch cables, a little bit of magic ahh? Although this technique doesn’t stand for a low noise mix, we found it to be useful for some applications including the mixing of our drum modules, which all have a Bus-Mix enabled output. The result is that all your drum modules are always available and mixed on the master out of the MIXZ with a flip of a switch, saving you the time and cables to repatch sounds again and again, while keeping the channels of MIXZ’s Mixer A or B free to bring other signals into the mix.

Combining the Bus Mix with Mixer A and B, the MIXZ can sum dozens of channels in only 10 HP.