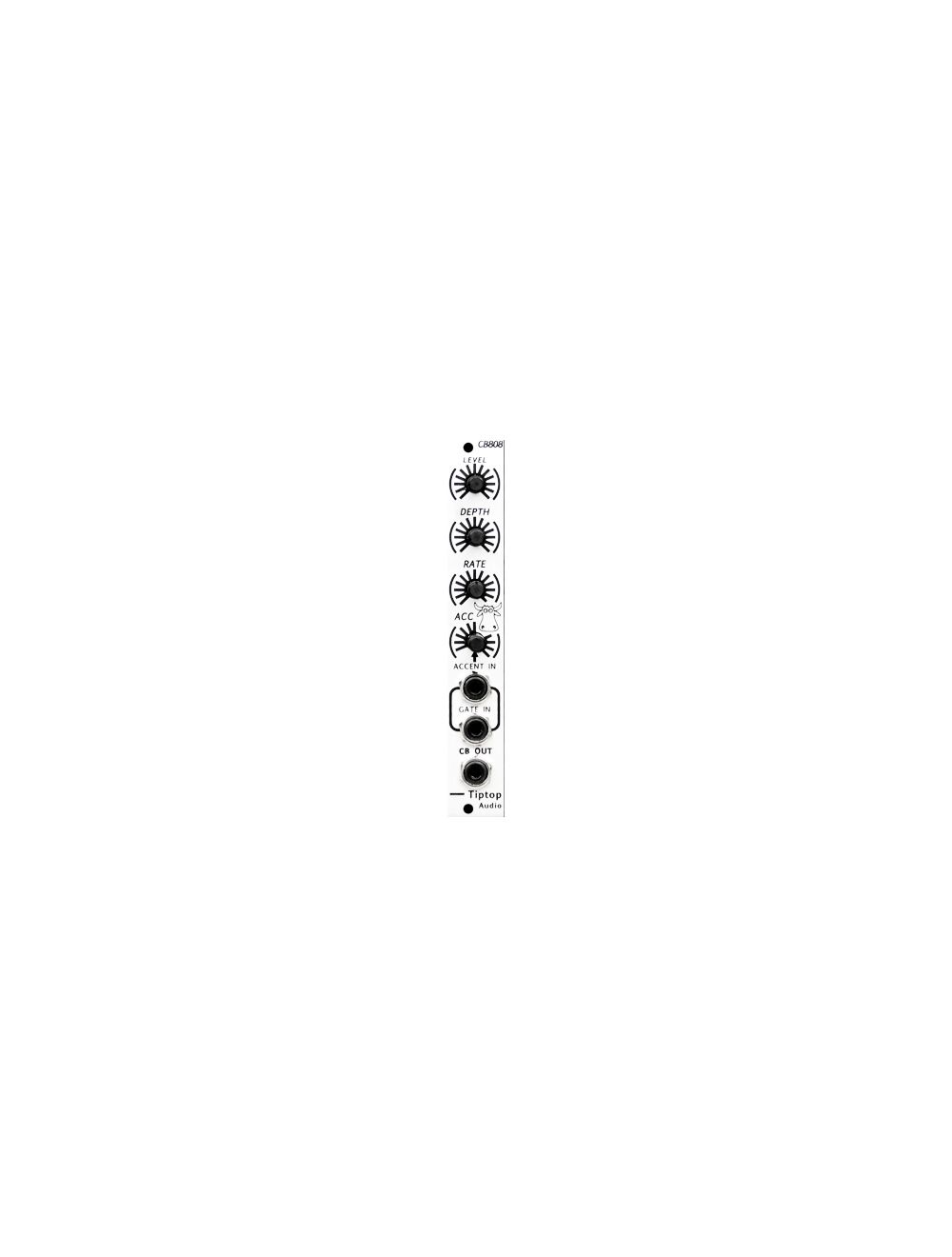 Be the first to review this product
The Tiptop Audio - CB808 TR808 Cowbell Generator is one original remake of the classic Roland drum machines that have changed the sound of electronic music forever. They took years of development. We usually say the the 808 and 909 series modules at Tiptop Audio do not sound like the classics. We dare say that they actually sound better compared to some of the original's series they are integrated into your eurorack modular system.
€93.60
Availability: In stock
SKU
cb808
Add to Wish List Add to Compare
Tiptop Audio - CB808 TR808 Cowbell Generator is available to buy in increments of 1
Details

The Tiptop Audio - CB808 TR808 Cowbell Generator is one original remake of the classic Roland drum machines that have changed the sound of electronic music forever. They took years of development. We usually say the the 808 and 909 series modules at Tiptop Audio do not sound like the classics. We dare say that they actually sound better compared to some of the original's series they are integrated into your eurorack modular system.

The Tiptop Audio - CB808 TR808 Cowbell Generator is Roland's TR-808 cowbell sound generator adapted for modular synthesizer use. The front panel contains all of the controls found on the original TR-808 drum machine, allowing you full control over the sound’s volume levels to mix with other drums, and accent levels. In addition to that, the CB808 includes a pitch-modulating LFO with control over the LFO rate and modulation depth. Just like the other drums in this series, adapting the circuit to the modular format has allowed us to add some special features like pitch modulation, lfo (with control over rate and depth), independent accent levels, a high-powered gain stage, and a dual-input pulse-shaper - all without compromising the signature sound of the tr-808's spacey cow wow.

The cb808 sound is generated by two square wave oscillators that go through band pass filtering and then get mixed together. It's a simple analog circuit with a very cool output. What makes the 808 cow bell sound so well known is that it dosen't feel constant, but rather slightly spacey. The internal pitch-modulating lfo that the manufacturers added takes this effect even further, but stays within the bounds of the 808 sound, keeping it very musical and easy to play with.

Compatible with all the other drums in this series, the cb808 includes a high-powered output gain stage capable of producing hot signals that can be easily distorted if desired. On the inputs, the manufacturers have designed a dual-input pulse-shaper circuit so you can trigger the cb808 with trigger/gate signals from step sequencers, clock dividers, or any other pulse/clock sources. This eliminates the need to shape pulses sent to the module and ensures the same stable sound at peak power, regardless of your pulse source. All these unique features make integrating this legendary sound generator into your modular synth easy, unleashing the power of real analog drums.

About the Making of the CB808.

The CB808 is a one-to-one clone of the original circuit found in Roland's TR-808 drum machine. During the design phase, the manufacturers created additional features only when implementation would not compromise the original signature sound, add excessive costs, or sacrifice panel space. Cloning a circuit that was designed and produced in the early 80's was not an easy task. A variety of obstacles including availability of the original parts, the modern SMT manufacturing process, the differences in +/-12V Eurorack power versus the +/-15V of the original 808, and far many more were addressed in the creation of this module. To learn more about the process of remaking the sound generator in this series please refer to the CB808 user guide! 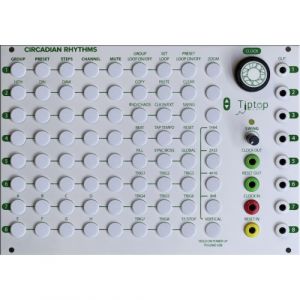 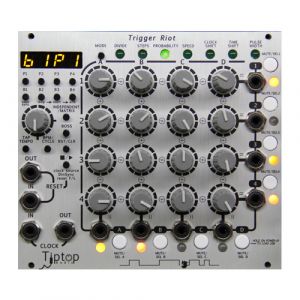