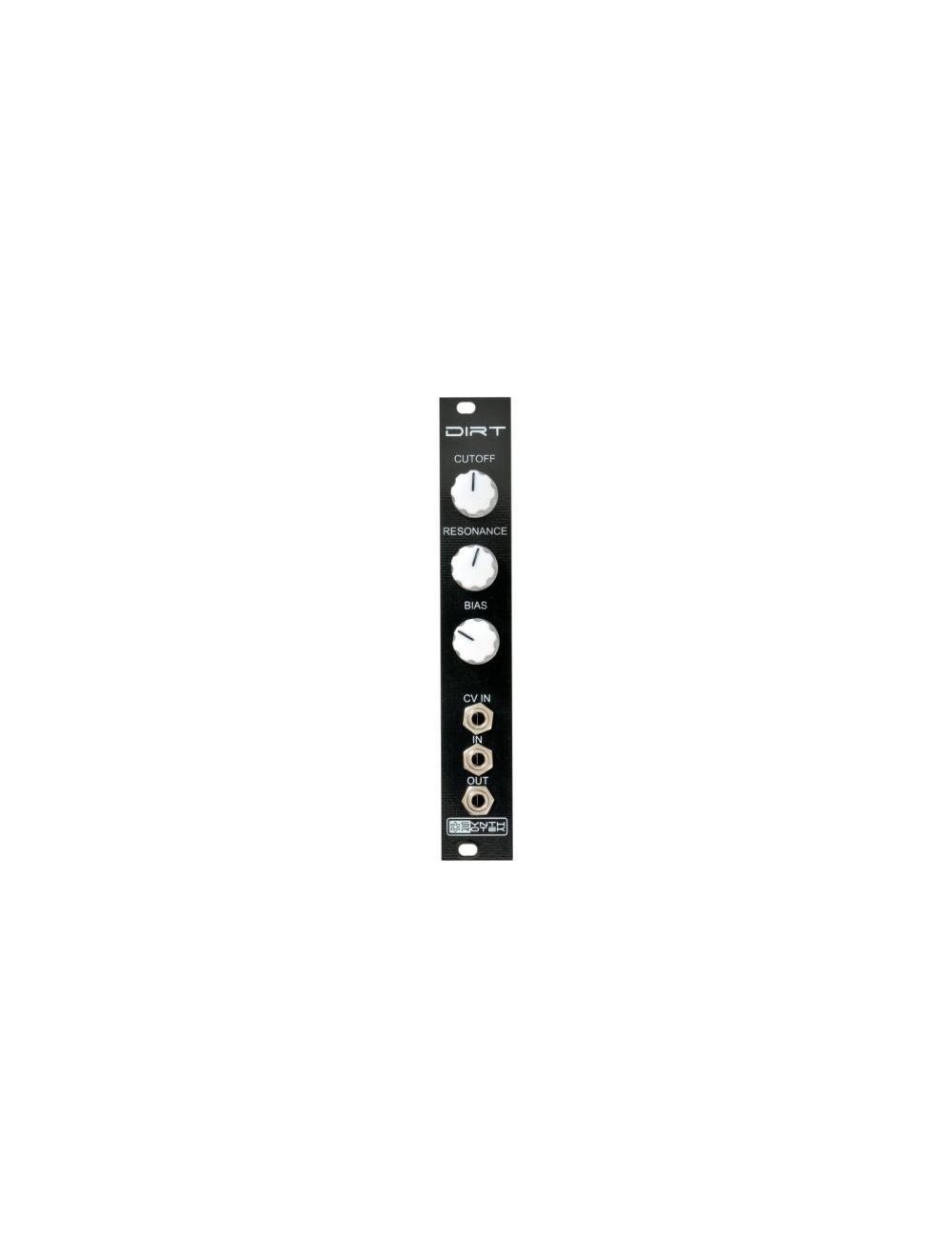 Be the first to review this product
The Synthrotek - Dirt Filter is one of the smallest filters in the eurorack format. A crunchy filter that colors the audio signal similarly to your fuzz effect pedals. Also, this price and width is unbeatable.
€50.00
Availability: Out of stock
SKU
stdf
Add to Wish List Add to Compare
Details

The Synthrotek - Dirt Filter is one of the smallest filters in the eurorack format. A crunchy filter that colors the audio signal similarly to your fuzz effect pedals. Also, this price and width is unbeatable.

Inspired by one of their favorite 'noisy' filters, the DIRT is an unapologetic filter / effect that produces interesting and unique effects via the Bias knob, accessible from the front panel.

It's not a traditional filter; it's an effects module with filtering, ring mod effects, wave shaping and even outright brutal harmonic distortion.

DIRT likes to square things up a bit, so throw in a triangle, sawtooth, sine or other wave forms for different style effects. Even plugging a guitar (using an external amplification module) into the DIRT produces some great sounds and heavy distortion.

- BIAS = Set the bias correctly or not, the choice is yours

- Now shipping version 2.2, which as a buffered CV input jack. CUTOFF CV IN = Voltage range changes depending on where CUTOFF knob is positioned. External attenuation will be needed for fine modulation.