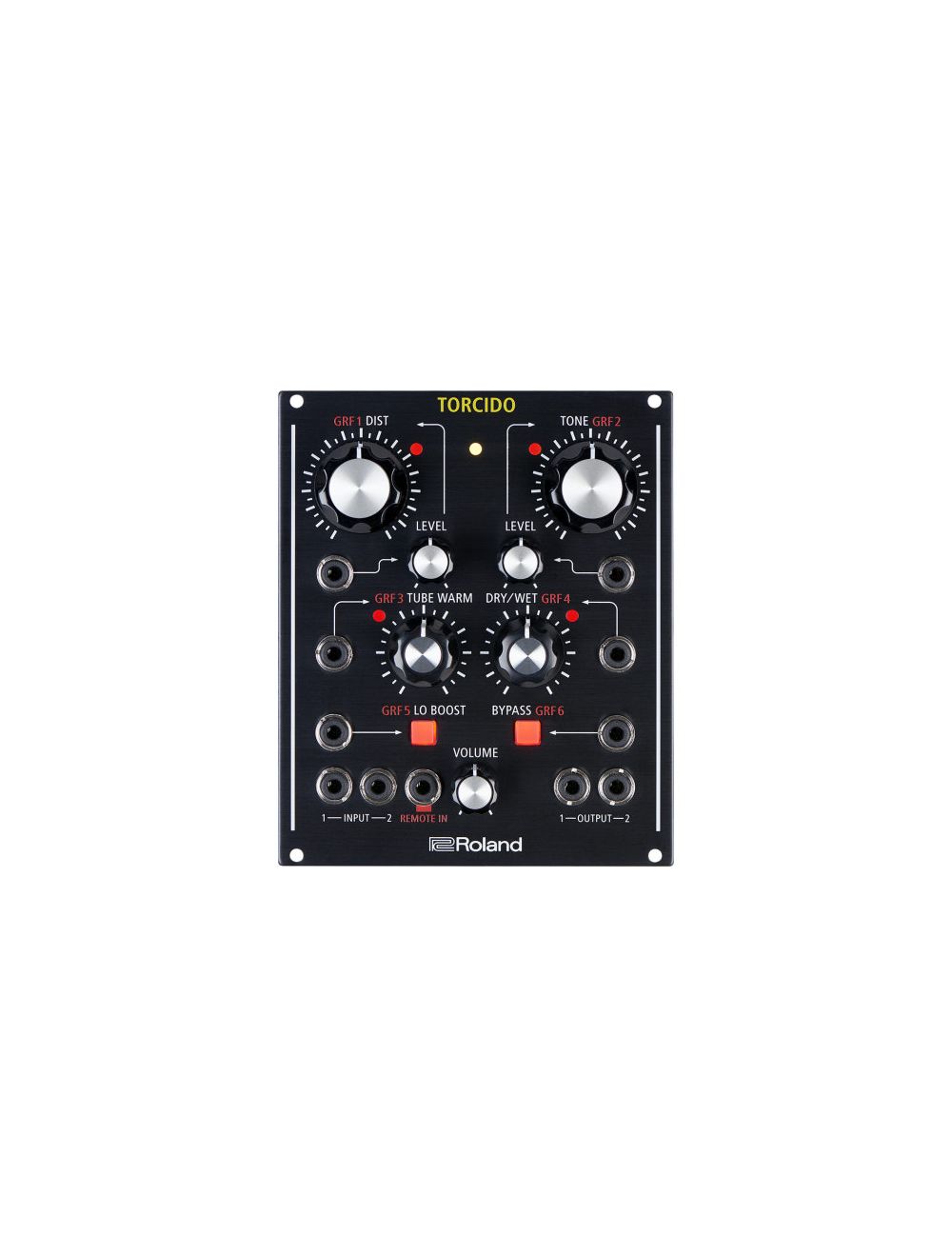 Be the first to review this product
Roland - Torcido is a distortion modelled from Roland's classic units that will turn any signal into a fireball. We tested it with various levels and flavours of audio signals and the Torcido gave them a soft and precise level of distortion. All parameters are under voltage control, which will help you integrate this into your system ÿwith ease.
€230.40
Availability: Out of stock
SKU
rtorcido
Add to Wish List Add to Compare
Details

Roland - Torcido is a distortion modelled from Roland's classic units that will turn any signal into a fireball. We tested it with various levels and flavours of audio signals and the Torcido gave them a soft and precise level of distortion. All parameters are under voltage control, which will help you integrate this into your system ÿwith ease.

TORCIDO is a versatile modular effect combining classic Roland distortion sound and unprecedented control and flexibility. Able to be used as a tabletop unit or as a Eurorack module, and with an array of CV/Gate inputs, this compact 21 HP unit has a wide range of uses from studio production to live performance. Not only for modular synth users, TORCIDO is perfect for keyboard players, guitarists, DJs or any adventurous musician looking to expand their sound. Carefully crafted in Japan, TORCIDO has large, ultra-smooth controls with over 16 million steps of resolution and is fully re-programmable via computer or tablet.

24-bit “GRF” knobs with over 16 million steps of resolution

2 inputs and 2 outputs with dual-mono or stereo capability

While it sounds great out of the box, you can fully customize TORCIDO’s internal signal path by re-patching its array of virtual sub-modules via a custom application that works on Mac and PC as well as iOS and Android devices. Submodules are re-patched through a simple and intuitive drag and drop interface that even lets you choose which parameters are assigned to the high-resolution “GRF” knobs. You can reprogram TORCIDO in realtime via USB connection or save and recall patches with a simple audio signal. You can even share patches with other TORCIDO users.