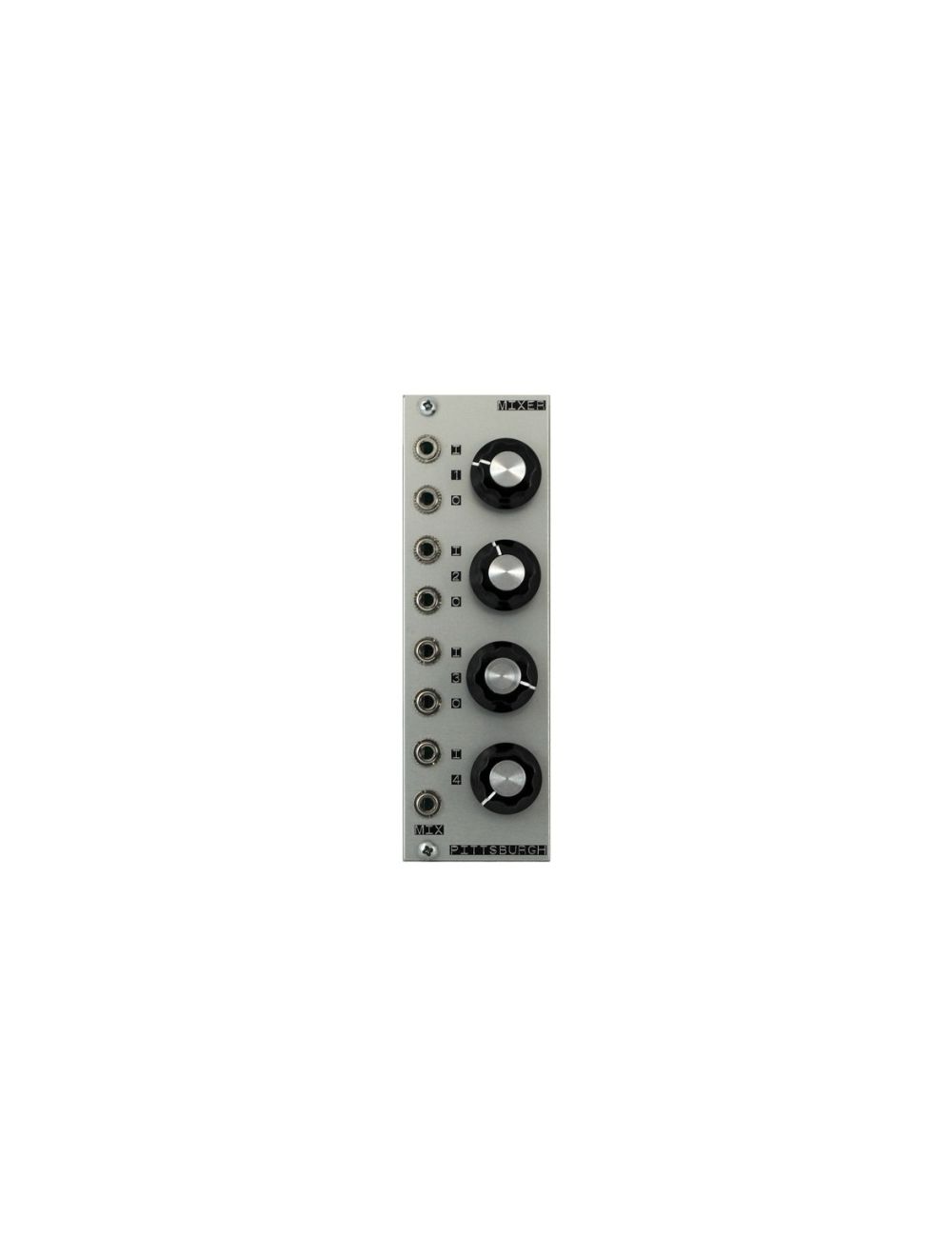 The Pittsburgh Modular - Mixer is a simple mixer module for your eurorack modular system. Independent level settings and low noise guarantee is what makes this mixer liked by a lot users.

€94.00
Availability: In stock
SKU
pMix
Add to Wish List Add to Compare
Pittsburgh Modular - Mixer is available to buy in increments of 1
Details

The Pittsburgh Modular - Mixer is a simple mixer module for your eurorack modular system. Independent level settings and low noise guarantee is what makes this mixer liked by a lot users.

2 Attenuators and a 2 Channel Mixer

1 Attenuator and a 3 Channel Mixer

A flexible, low-noise four channel mixer and/or attenuator for audio and cv that can be used in several ways. Three of the four channels have an output that removes the channel from the mixer circuit and allows it to become a standalone attenuator.

The pots are wired with a logarithmic volume curve that is tuned for use with audio but it will work with CV as well.

The power connector is mounted on the back horizontally. +12v is located on the inside (or right) of the connector and -12v is on the left side (or edge) of the module.