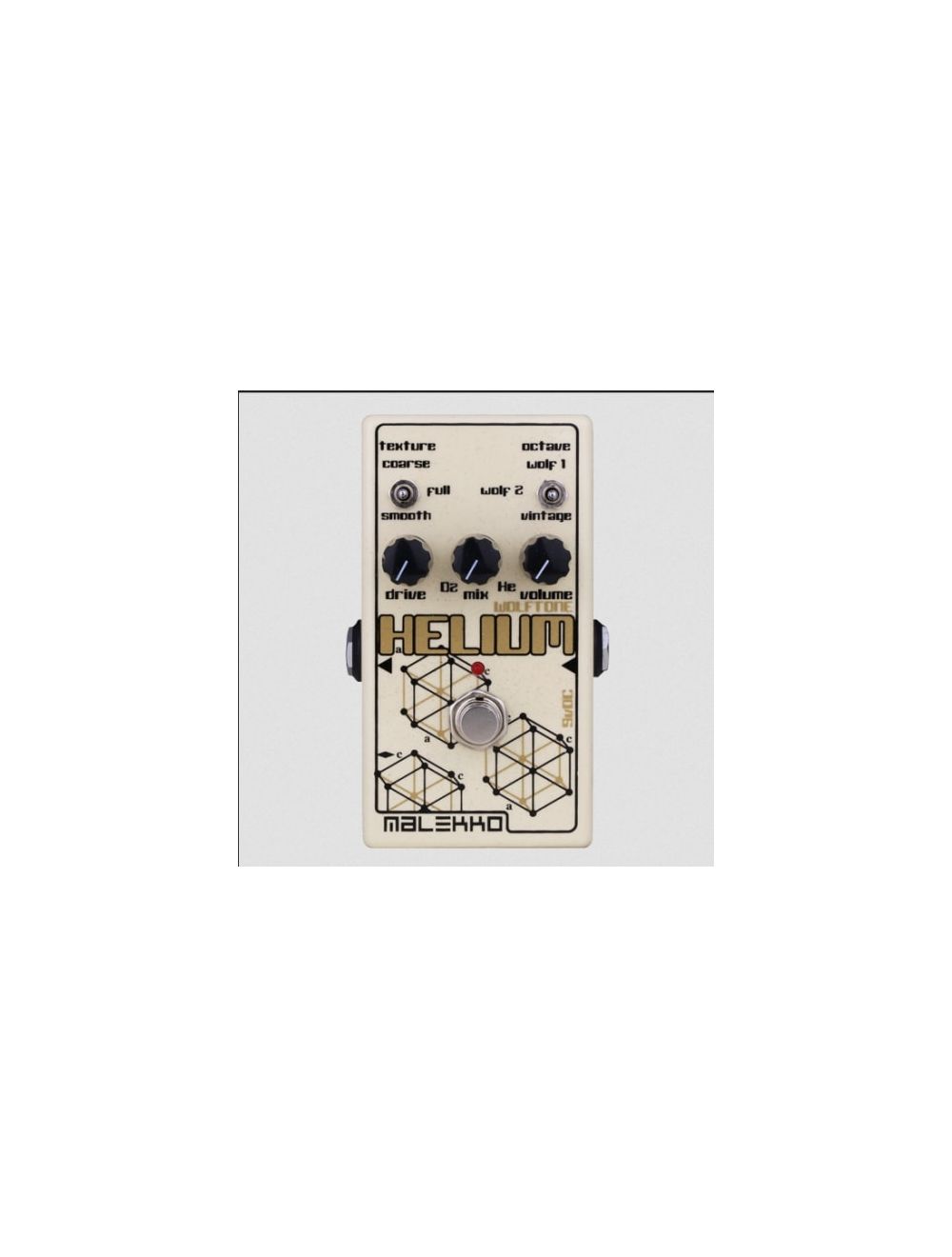 Be the first to review this product
€163.20
Availability: In stock
SKU
mhelium
Add to Wish List Add to Compare
Malekko - Helium is available to buy in increments of 1
Details

A brief history of the Wolftone pedals: in the early 2000′s, Malekko's friends Studio Electronics released two superb Todd Wolfgram designed effect pedals, the Wolftone HELIUM and Wolftone CHAOS. These pedals have since earned almost mythical status due to their intense distortions and unique sounds which were unlike anything else available as well as their rarity.

Now, after months of close work with Todd, this updated version of the legendary HELIUM features a second WOLF setting to augment the original pedal’s two position octave sonic palette and has been designed to operate with a ‘standard’ 9v neg tip power supply. The HELIUM MKII is an Octavia style distortion pedal coupled with an intense octave up effect. Its ‘Texture’ and ‘Octave’ switches will take your sound from a vintage Tychobrae scream to a clear, sweet, singing octave, while the ‘Mix’ control lets you blend your distorted fundamental note into the effect. The interaction of gain to dynamic response work together to make the HELIUM MKII the most versatile and pivotal “octave up” pedal to date.