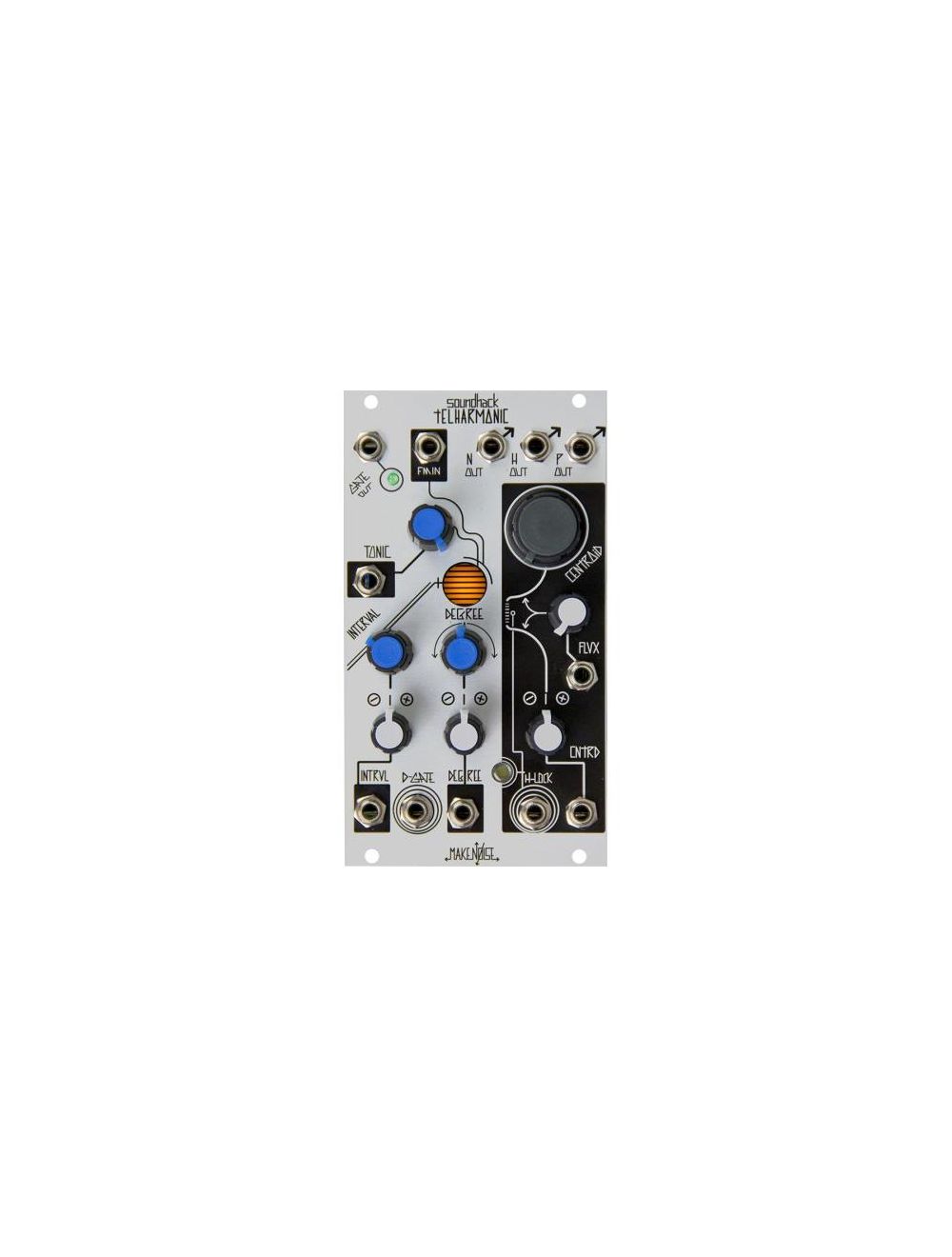 Be the first to review this product
The Make Noise - Telharmonic brings a new vision how you thought of polyphony, chords, simultaneity in electronic music! Don't forget to look for extra functions behind the standard outputs and interfaces. Used with a filter and further modulation sources, it between Jamaica and the gas planets. ÿ
€349.20
Availability: In stock
SKU
mnth
Add to Wish List Add to Compare
Make Noise - Telharmonic is available to buy in increments of 1
Details

The Make Noise - Telharmonic brings a new vision how you thought of polyphony, chords, simultaneity in electronic music! Don't forget to look for extra functions behind the standard outputs and interfaces. Used with a filter and further modulation sources, it between Jamaica and the gas planets. ÿ

The TELHARMONIC is named for the music hall where some of the earliest electronic music was heard. Telharmonic Hall housed the massive Telharmonium, an early electronic musical instrument designed in 1897 by Thaddeus Cahill. It is said to be the first additive synthesizer. It weighed 200 tons and occupied an entire floor on 39th Street and Broadway in New York City.

The tELHARMONIC is a Multi-Voice, Multi-Algorithm synthesizer module named for the music hall considered by some to be the location of the first electronic music concerts. It was coded by Tom Erbe with the goal of presenting three historically important pioneering electronic tone generation techniques less often implemented within the modular synthesizer. The tELHARMONIC's roots go back further than the advent of electronic music, as it also takes a new approach to handling music theory in the modular context.

TONIC, INTERVAL, DEGREE and D-GATE, allow for patch-programming of complex chord progressions, scales, melodies and playing styles. This Voltage Controlled Music Theory guides the Algorithms in a unified way, whereas CENTROID, FLUX and H-LOCK sculpt the timbre of each Algorithm uniquely, allowing for complex sounds to be created around a unified melodic structure and pattern.

-Gate Out completes the conversation between tELHARMONIC and rest of system!

The Spiratone is a form of Shepard Tone generator.

It is a sonic barber pole that creates the auditory illusion of a tone that continually ascends or descends in pitch, yet ultimately seems to get no higher or lower. It occupies the same space as the tELHARMONIC. To find it, have nothing patched to D-Gate and HOLD H-LOCK for 5 seconds. The sound will dramatically change... you've found the Spiratone inside your tELHARMONIC.