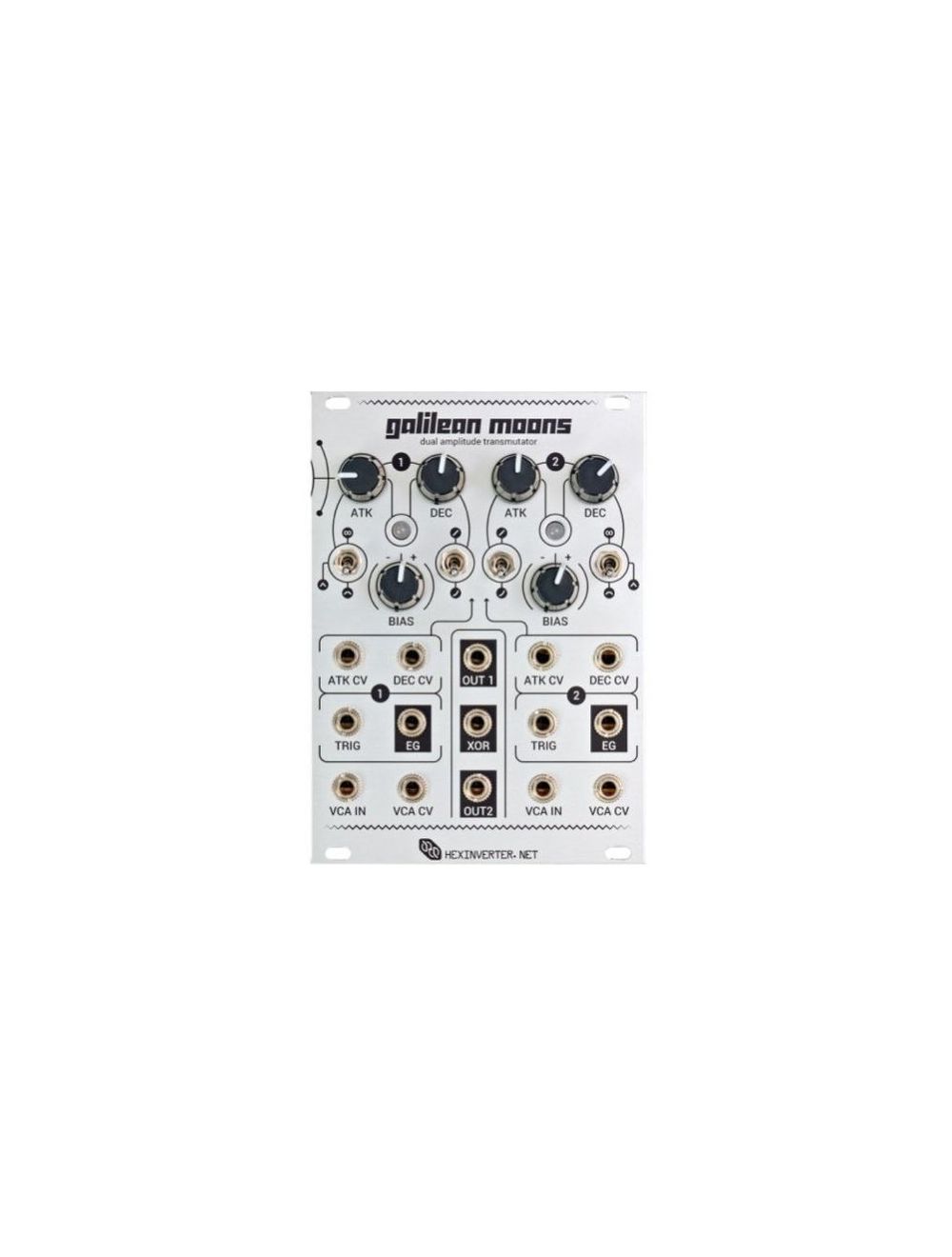 Be the first to review this product
The Hexinverter.net - Galilean Moons is desinged to work as an envelope generator for the "cosmic noise oscillator" Jupiter Storm with an extra feature provided for the "parent module". However, you can use it as a standalone envelope generator unit.
€271.20 €226.00
Availability: In stock
SKU
hgm
Add to Wish List Add to Compare
Hexinverter.net - Galilean Moons is available to buy in increments of 1
Details

The Hexinverter.net - Galilean Moons is desinged to work as an envelope generator for the "cosmic noise oscillator" Jupiter Storm with an extra feature provided for the "parent module". However, you can use it as a standalone envelope generator unit.

Hexinverter.net - Galilean Moons is a dual voltage controlled envelope and VCA pair. Use it with Jupiter Storm (or any other sound source) to create a powerful percussion/effects synthesizer.

- Two voltage controlled digital functions (envelopes), each normalised to their own low-distortion linear, DC-coupled voltage controlled amplifier
- Each envelope offers percussive attack/decay, attack/sustain/release or looping (LFO) mode
- Envelopes can each be linear or exponential
- Enables a new noise output, “XOR”, if plugged into a Jupiter Storm behind the panel. (everything besides the XOR output works with or without a Jupiter Storm!)
- VCA inputs are normalised to the newly-enabled XOR and main (“I”) output of Jupiter Storm when nothing else is plugged in
- The envelopes and VCAs can be fully utilised elsewhere in your system by plugging into the corresponding function’s jacks
- Perfect for synthesizing voltage controlled percussion and other effects!Description
Galilean Moons is a dual amplitude transmutator. It transmutates the amplitude of incoming signals through the use of voltage controlled envelopes and VCAs. It is designed primarily to create voltage controlled percussive sounds when fed with a sound source (in particular, its sister module, Jupiter Storm), but can be used for all sorts of other tasks in your modular system as well as to generate typical synth sounds.

Galilean moons features two “moons”. Each moon is composed of a voltage controlled attack/decay envelope with its own dedicated low-distortion linear VCA. Each envelope can also act as attack/sustain/release or can go into LFO/automatic looping mode with the flick of a switch.

The XOR noise output sounds similar to (but not exactly like) Jupiter Storm with the Noise Core Disruptor is engaged, even when it is not engaged. This allows you to get both flavours of noise from Jupiter Storm simultaneously, making it a lot more versatile.

The VCAs and voltage controlled envelopes can each be used on their own in your system when you don’t want to use them the way they are internally linked together. Plugging a signal into any of the respective jacks will break the internal connections and let you use the components on their own. You can use the linear, DC-coupled VCAs to control DC signals in your system when not using the module for its intended use, for example. 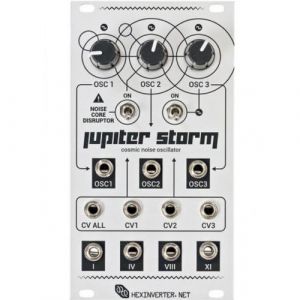