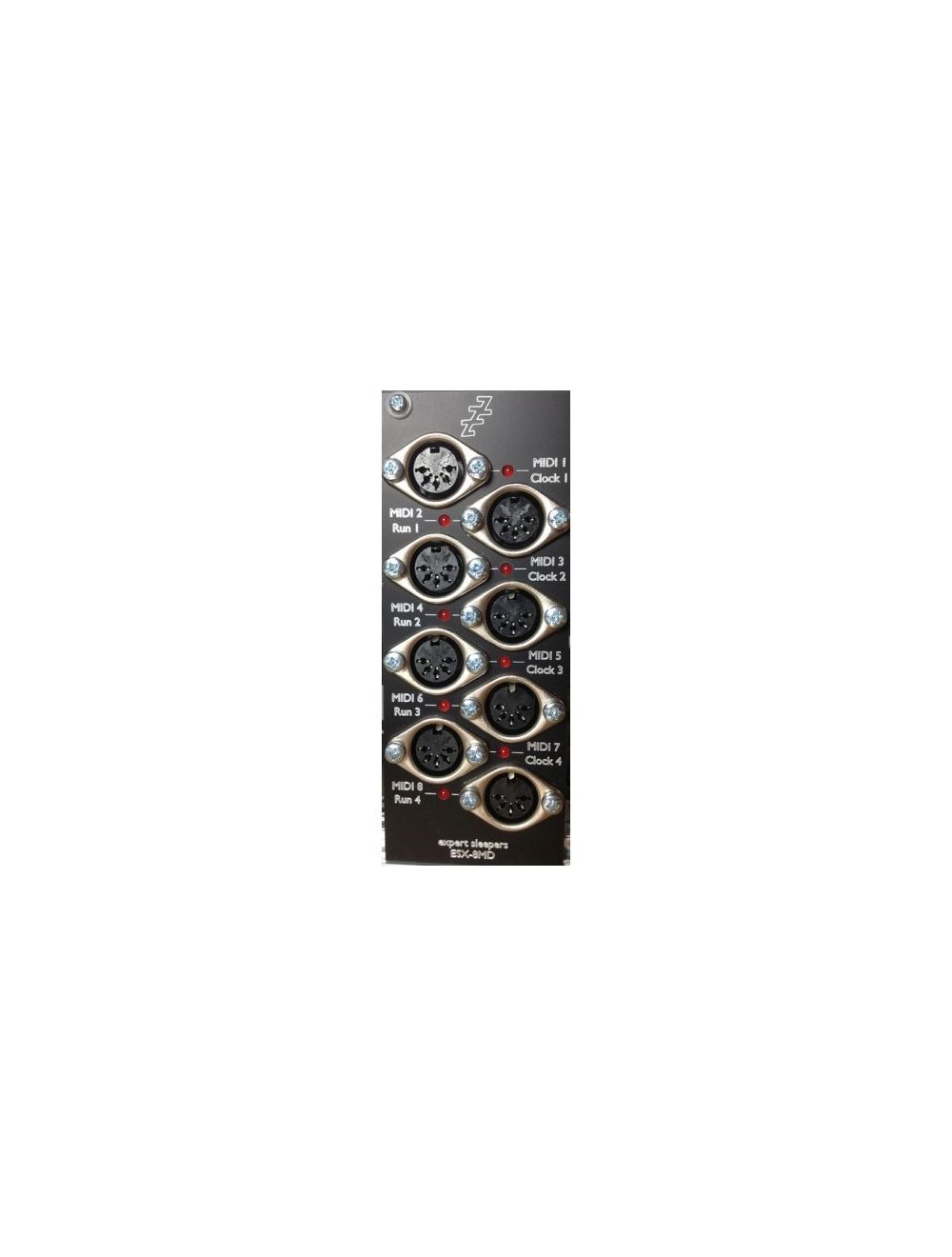 Be the first to review this product
The Expert Sleepers - ESX-8MD MIDI/DINsync Expander adds 8 extra MIDI/DINsync outs for your eurorack modular system - by the help of this module and other main modules such as the ES-3, ES-5 and ES-40, any digital or analog signal can be translated into MIDI/DIN Sync. ÿ
€154.80
Availability: In stock
SKU
ESX-8MD
Add to Wish List Add to Compare
Expert Sleepers - ESX-8MD MIDI/DINsync Expander MK2 is available to buy in increments of 1
Details

The Expert Sleepers - ESX-8MD MIDI/DINsync Expander adds 8 extra MIDI/DINsync outs for your eurorack modular system - by the help of this module and other main modules such as the ES-3, ES-5 and ES-40, any digital or analog signal can be translated into MIDI/DIN Sync. ÿ

The ESX-8MD is an expansion module for the ES-4, ES-40 or ES-5, adding eight MIDI/DINsync outputs from one expansion header.

The ES-4/5 Controller software (part of Expert Sleepers Silent Way) also allows the ESX-8MD outputs to be used for MIDI output* (note - not just MIDI clock output, but as an actual MIDI port, capable of sending any MIDI messages). Since these outputs are driven from an audio connection, they have sample-accurate timing, which no USB MIDI interface can claim.

The Silent Way Sync plug-in would typically be used to send DINsync to the ESX-8MD, though any software capable of addressing the ES-4/5's expansion headers, via Silent Way or the Max/MSP external, can send clock pulses to it.

* Note - the MIDI out feature is only officially supported at sample rates of 48kHz and above, though some users report success with specific hardware when running at 44.1kHz.

The front panel is drilled for both Doepfer and Analogue Systems mounting holes (using a 'slot' rather than a single round hole). The power connector is a Doepfer standard 10 way IDC, with -12V furthest from the top of the board.

The ESX-8MD requires software in order to operate, as noted above. Currently, the only such software is Expert Sleepers Silent Way, and our Max/MSP external. Note that MIDI functionality is only available via Silent Way.

A Silent Way licence is not included with the ESX-8MD.