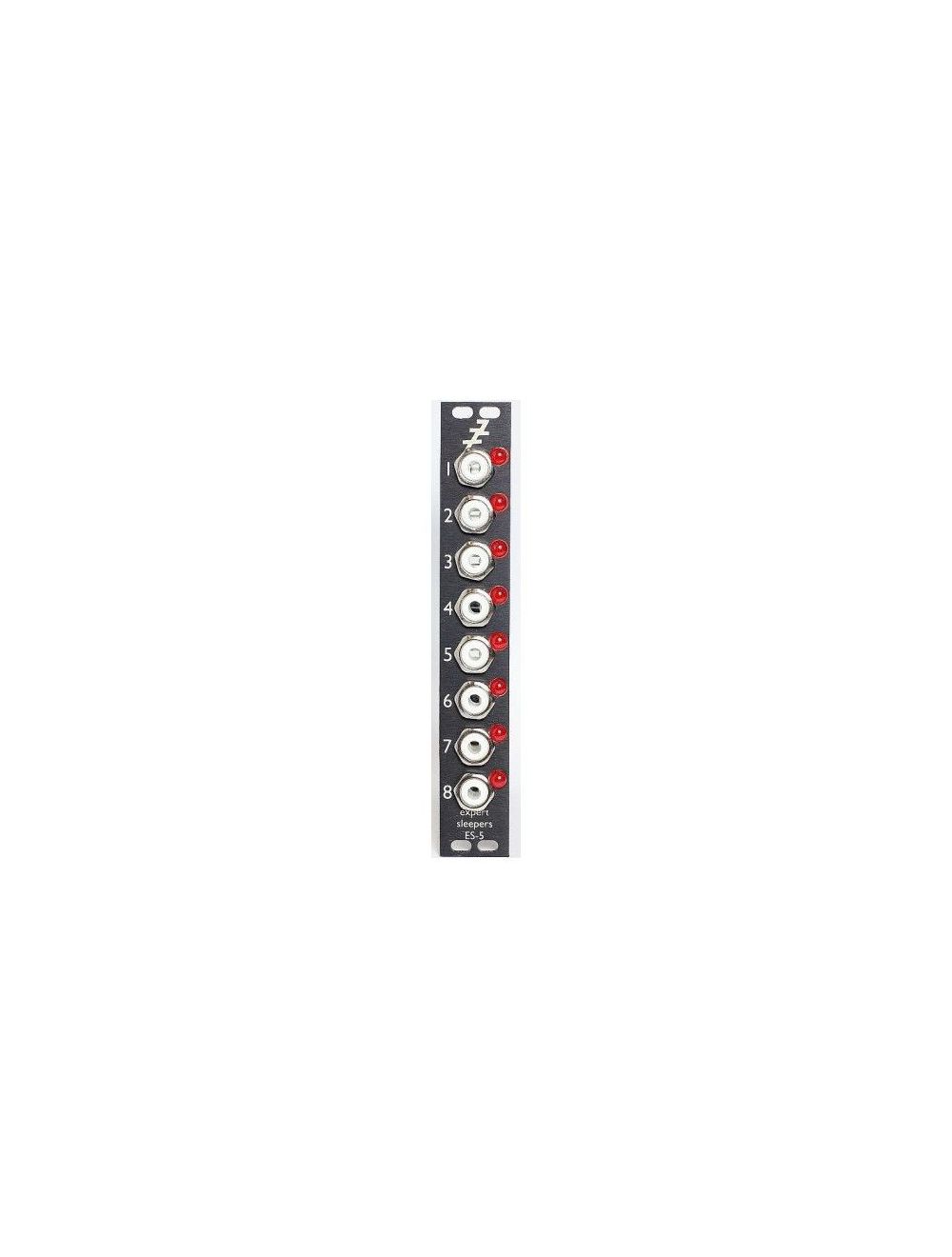 The Expert Sleepers ES-5 ES-3 Expander mk2 extends the functionality of the ES-3. The ES-3 has made a dream come true when it was first released some years ago. From that point onwards, all users are able to control their eurorack modular system with their DAW through an optical interface and the Silent Way plugin.

The Expert Sleepers ES-5 ES-3 Expander mk2 extends the functionality of the ES-3. The ES-3 has made a dream come true when it was first released some years ago. From that point onwards, all users are able to control their eurorack modular system with their DAW through an optical interface and the Silent Way plugin.

The ES-5 is an expansion module for the Expert Sleepers ES-3 Lightpipe/CV Interface. It piggybacks on one of the ES-3's stereo channels to provide eight gate/clock/sync/MIDI outputs on the ES-5 itself, plus further expansion headers to connect up to six expansion modules e.g. the ES-4 Gate Expander.

The ES-5's specifications are as follows:

The front panel is drilled for both Doepfer and Analogue Systems mounting holes (using a 'slot' rather than a single round hole). The power connector is a Doepfer standard 16 way IDC, with -12V furthest from the top of the board.

Note that connection to the ES-3 is by a simple plug-in cable for the ES-3 mk2 only. The original ES-3 requires some soldering to add the required connections.

February 2017 sees the launch of the "ES-5 mk3". Functionally equivalent to the ES-5 mk2, the mk3 adds illuminated jack sockets, and matches the look of the ES-8 and the other Feb'17 updates.

From February 2014, the ES-5 is shipping in a revised "mk2" form, matching the look of the ESX-8GT mk2. There are no functional differences between the ES-5 mk1 and mk2.

Unlike the ES-3 itself, the ES-5 requires particular software in order to generate meaningful output signals. Currently, the only such software is the 'ES-5 Controller' plug-in, part of Expert Sleepers Silent Way, and our Max/MSP external (see below). Silent Way is available in AudioUnit, VST & AAX formats for Mac OS X and Windows. Use of Silent Way therefore requires a compatible host application (DAW).

A Silent Way licence is not included with the ES-5 - however, the ES-5 Controller plug-in functions in a licence-free mode, so ES-5 users are not forced to buy Silent Way. Such users can than evaluate the rest of the Silent Way suite in demo mode. 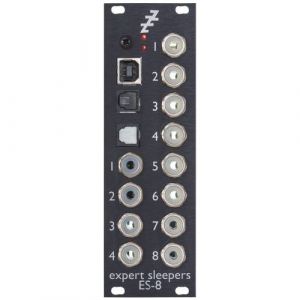 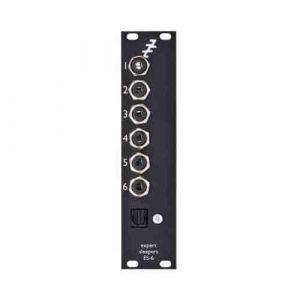