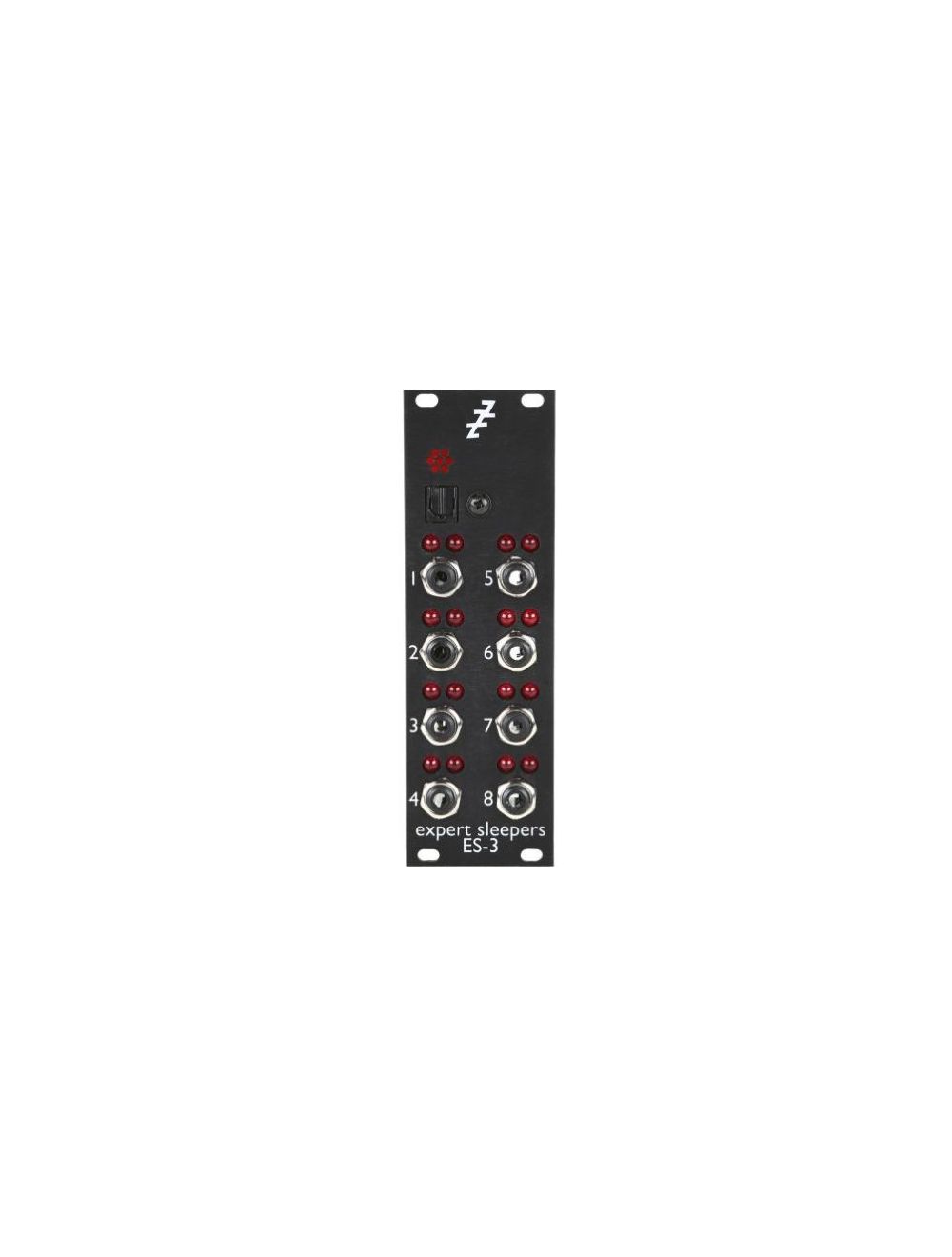 The Expert Sleepers ES-3 mk3 Lightpipe/CV Interface has made a dream come true when it was first released some years ago. From that point onwards, all users are able to control their eurorack modular system with their DAW through an optical interface and the Silent Way plugin.

The Expert Sleepers ES-3 mk3 Lightpipe/CV Interface has made a dream come true when it was first released some years ago. From that point onwards, all users are able to control their eurorack modular system with their DAW through an optical interface and the Silent Way plugin.

The Expert Sleepers ES-3 mk3 Lightpipe/CV Interface is a Eurorack format module which converts eight channels of ADAT Lightpipe input to DC coupled outputs on 3.5mm jacks, for the ultimate convenience in connection of a DAW directly to analogue synthesizers.

The outputs can be used as control voltages (CVs), for example with software such as Expert Sleepers Silent Way, and can also be used as audio outputs at high, modular synth-compatible levels.
With the ES-3, a single optical cable is all that is need to bring direct CV control from your DAW right into the heart of a modular system.

Reviews The ES-3 mk3 was awarded an Editor's Choice 2014 award by Electronic Musician Magazine (Jan 2014 issue). “Whether you use Max/MSP, NI Reaktor, or the company’s own Silent Way plug-in, the ES-3 Mk3 is an essential tool for any serious modular-synth user.”

The front panel is drilled for both Doepfer and Analogue Systems mounting holes (using a 'slot' rather than a single round hole). The power connector is a Doepfer standard 16 way IDC, with -12V furthest from the top of the board. * Current draw depends on sample rate and number of channels in use.

Given figures are maximums (48kHz, all channels in use). ES-3 mk3 September 2013 sees the launch of the "ES-3 mk3". Functionally equivalent to the ES-3 mk2, the mk3 adds these improvements: Higher spec DACs and lower noise circuitry

Easier access to the expansion headers More robust ADAT port More visible LEDs ES-3 mk2 From January 2012 to August 2013, ES-3s were shipped marked "ES-3 mk2". These units had an identical specification to the orignal ES-3, but also included a couple of expansion headers. The first expansion module to make use of these was the ES-5.

The ES-3 produces 8 outputs as normal when the ADAT interface is operated at 44.1/48kHz.