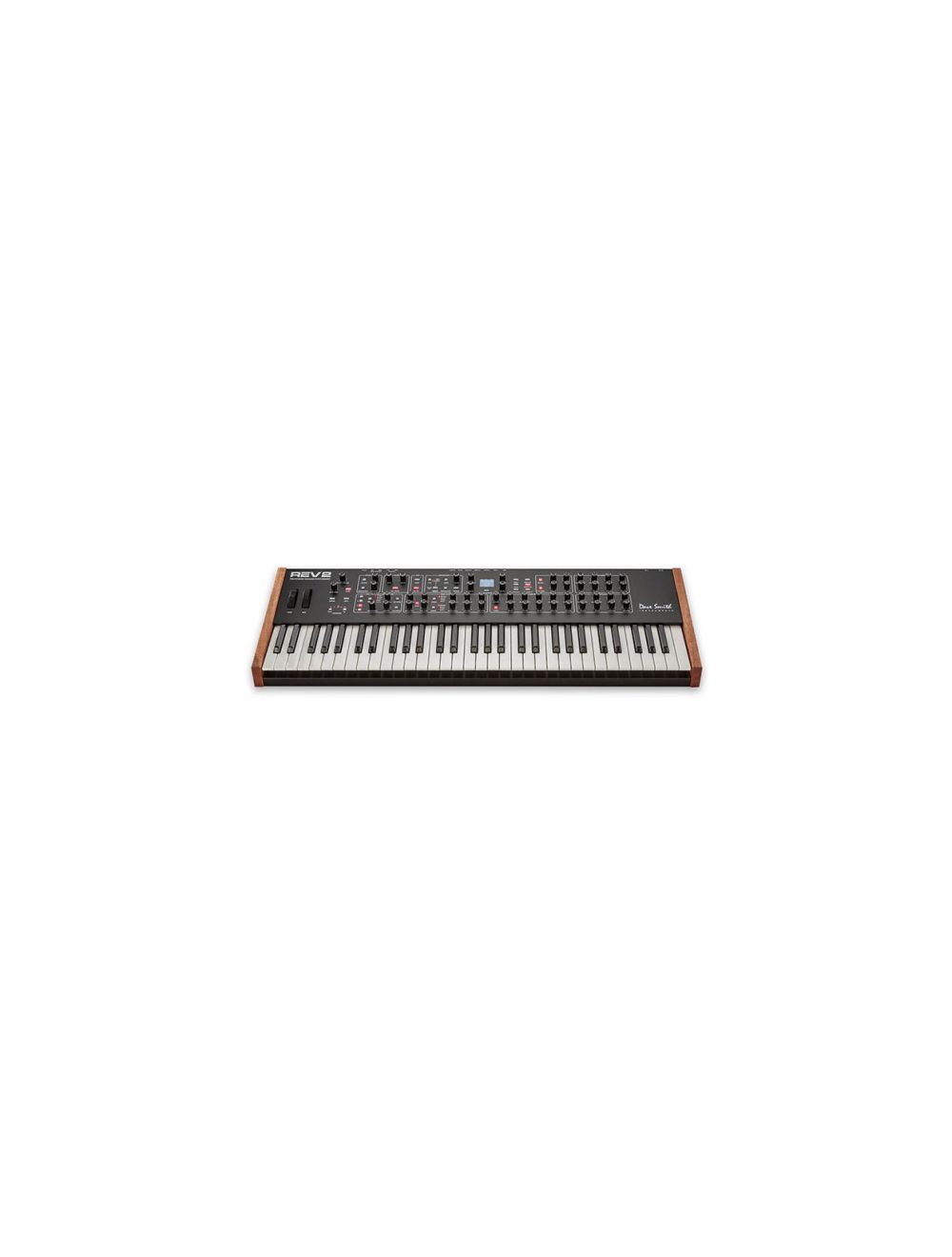 DSI - Prophet Rev 2 16 Voice brings the Prophet 08 back to you with more updates that fulfill the synth users of the 21st century. With its custom hybrid architecture and unmatched level of polyphony, this synth will keep you busy for many years.

DSI - Prophet Rev 2 16 Voice brings the Prophet 08 back to you with more updates that fulfill the synth users of the 21st century. With its custom hybrid architecture and unmatched level of polyphony, this synth will keep you busy for many years.

Dave Smith Instruments is excited to announce the Prophet REV2, a new 16-voice analog synthesizer designed to be a successor to the Prophet ’08. Like its predecessor, the REV2 features two DCOs per voice and Curtis filters at the heart of its sound engine, but boasts a number of significant enhancements designed to make it more powerful.

As Dave Smith puts it, “The Prophet ’08 has been a real road warrior for 10 years now and people still love it. But we felt it was time to update it with new technology and new features and, at the same time, lower its cost.” Smith continued: “The Prophet REV2 is essentially the result of our effort to enhance and improve everything we could about the original Prophet ’08 and, in many cases, double its power.”

The most obvious difference between the REV2 and its predecessor is polyphony. The Prophet REV2 has 16-voices as its standard configuration — twice the polyphony of the Prophet ’08 (though an 8-voice option is also available). Since the synth features bi-timbral operation, two completely independent sounds can be stacked or split — layered together or assigned to two different zones on the keyboard.

The essence of its sound comes from two DCOs (plus a sub-octave generator on oscillator 1) per voice, with 4 waveshapes (sawtooth, triangle, sawtooth + triangle, and pulse) and a 2/4 pole low-pass, resonant Curtis filter per voice. These are the same filters used not only in the Prophet ’08, but also in many classic instruments of the ’70s and ’80s. A new feature unique to the Prophet REV2 is waveshape modulation. You can vary the “pulse width” of any of the four waveforms by manually dialing in a desired waveshape width or by using an LFO or other modulation source for continuously shifting timbre.

An effects section provides reverb, delays (standard and BBD), chorus, phase shifter, ring modulation, and distortion. In stacked or split voice mode, you can apply a different effect to each layer. Effects parameters can be modulated through the mod matrix, which is twice as extensive as its predecessor, with 8 individual slots and many more sources/destinations.

A new polyphonic step sequencer allows up to 64 steps and up to 6 notes per step. A different sequence can be created for each layer when working in stacked or split voice mode. A separate gated sequencer functions as a modulation source, allowing you to create up to 4 different 16-step sequences for complex modulation. Sequences allow ties and rests, and can sync to an external MIDI clock. The arpeggiator features note repeats, re-latching, and can be synced to external MIDI clock, as well. Other improvments include a premium-quality, five-octave, semi-weighted keyboard with velocity and channel aftertouch, an integrated power supply, USB support, and a crisp OLED display.

“We’ve created a monster,” says Dave, “and I mean that in the best possible way.”

Listen to the Prophet REV2 here.