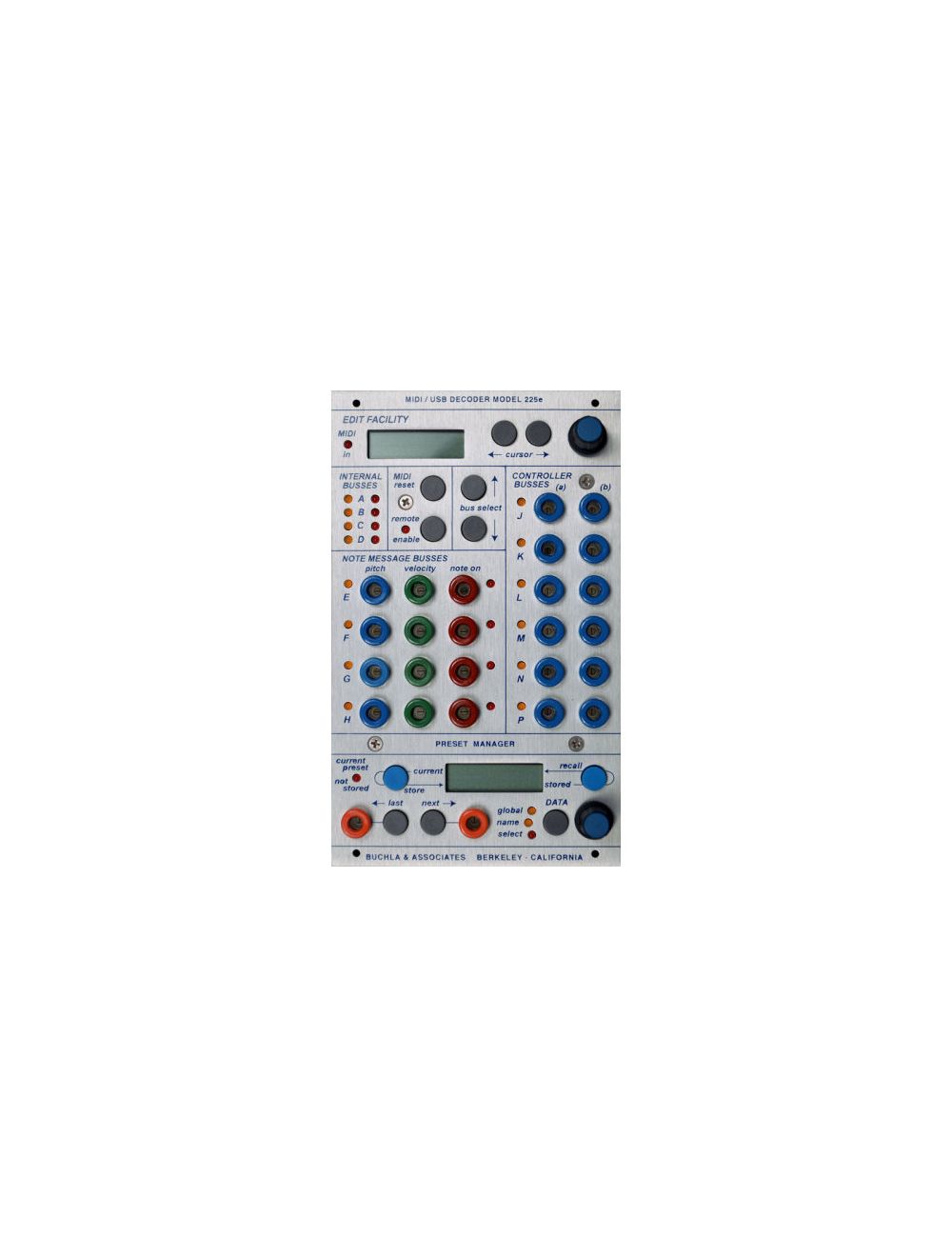 Be the first to review this product
The Buchla - 225e MIDI Decoder - Preset Manager offers your digital signals a chance in the hybrid analog world of the Buchla 200e system. Translate any MIDI signal into analog control and clock/trigger signals with ease.
€1,799.99
Availability: Out of stock
SKU
225e
Add to Wish List Add to Compare
Details

The Buchla - 225e MIDI Decoder - Preset Manager offers your digital signals a chance in the hybrid analog world of the Buchla 200e system. Translate any MIDI signal into analog control and clock/trigger signals with ease.

Four internal busses route signals to those 200e series modules that respond directly to MIDI messages. Each bus conveys messages appropriate to the destination module: Pulses are routed to a 281e, velocities to a 292e, and pitches are directed to up to four 259e or 261e modules.

Four note-message busses decode the incoming MIDI signal and convert it into voltages, accessible from the 225e front panel, that represent pitches, velocities, and pulses with sustain information.

Any number of busses an be assigned to a single MIDI channel. Note messages so assigned can be directed to respond polyphonically.

Built into the 225e, but independent of the MIDI Decoder, is the Preset Manager, which is used to store and recall the settings of nearly all system variables.

The 225e can also poll and display the current firmware version of any 200e-series module in a system and, in conjunction with a Macintosh computer running OSX 10.5 or above, can be sued to download / update 200e systems with the latest firmware.